Abdoulaye Cisse’s murder remains unsolved after he was killed on his 27th birthday last year, not far from the University of Minnesota. 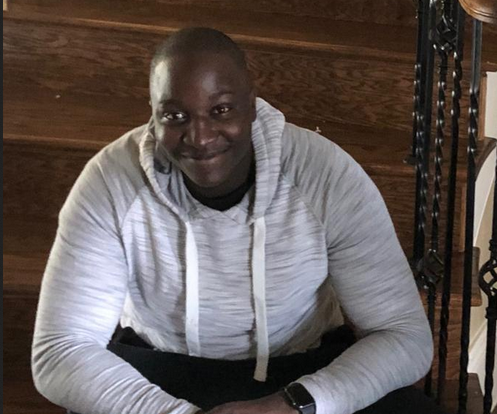 Abdoulaye Cisse was described as a leader, full of potential, humility and intelligence and a loyal member of the Minnesota National Guard, his family and his community. Many friends and family members still recall him this way, over a year since his tragic murder in the Marcy-Holmes neighborhood on Oct. 16, 2019 — his 27th birthday.

His murder remains unsolved, leaving his loved ones still seeking justice and community concerns seemingly unaddressed. Cisse’s family want his murderer caught, and community members want to know why the University did not take more action to warn students of a murder in their neighborhood.

In the early morning hours of his birthday, police found Cisse near 7th Street Southeast and 5th Avenue Southeast. He was later declared dead from a stab wound to the chest at the Hennepin County Medical Center.

“A lot of us have questions,” said Alioune Samb, a family friend and University alum. “For someone that was so helpful and so kind, what could have happened for something to escalate to that level? There’s so much we don’t know.”

Cisse’s death, with no immediately apparent leads to a suspect, sparked deep worry throughout the Marcy-Holmes neighborhood. Many students wondered why they received no security alerts from the University alert service, despite so many students and faculty living in the neighborhood, including Cisse’s younger sister, who lived with him at the time.

Cisse belonged to the tightly-knit Senegalese and Gambian community of Minneapolis and was the son of Senegalese immigrants. Growing up, Cisse’s home was often full of family members, related not by blood but by culture, gathering for meals made up of dishes from Senegal or Gambia.

Now, most of Cisse’s blood relatives have returned to Senegal, according to family friends.

Alkali Yaffa, a member of the Minnesota National Guard, was an active duty soldier and friend of the Cisse family who recalled how Cisse inspired other national guard members.

“Soldiers would come up talking about how he inspired them to go back to school,” he said. “He had so much to offer, so much to give. So smart and so talented.”

Family members and friends started a petition a couple months ago, calling for the Minneapolis Police Department, the Minnesota attorney general, Minnesota National Guard and the U.S. Department of Justice to create a special task force for the case. Additionally, the family asked those institutions to launch media campaigns and to “serve justice … in helping the family get closure.”

MPD could not be reached for comment on the investigation. However, MPD Crime Prevention Specialist Nick Juarez said that following the murder, MPD increased nighttime patrols in Marcy-Holmes and instituted more neighborhood safety walks, though these measures were cut down by COVID-19.

The University of Minnesota Police Department does not have jurisdiction over the area in which Cisse was murdered, according to a University spokesperson. UMPD sends alerts outlining if an incident is a threat to campus based on criteria outlined in a federal statute known as the Clery Act.

That threat is usually up to interpretation.

The Clery Act specifically designates boundaries for areas on and around campus that would require a safety notification should an incident qualify for that notification.

UMPD was not present at the 2019 safety meeting. It is unclear whether the department has addressed student concerns since. A University spokesperson said that UMPD encourages students living outside its jurisdiction to seek other alert systems and resources to keep updated on crimes in their area.

On Oct. 16, what would have been Cisse’s 28th birthday, the Minnesota National Guard held a memorial for the fallen sergeant, where friends and family honored his service to his country and praised his character.

Cherno Bah, affectionately known as “tonto” — or “uncle” — to Cisse, wrote this of the young man nicknamed “Baby Laye” in part of a poem submitted to the Minnesota Daily:

“You are brave and courageous,
and a soldier with no retreat.
Your war boots soaked wet
And your golden sword never blunt …”

Anyone with information about the murder of Abdoulaye Cisse is encouraged to call Crime Stoppers at 1-800-222-TIPS (8477). All tips are anonymous. You may also email [email protected]