For the foreseeable future, the Gophers will be without two starting offensive linemen due to health concerns. 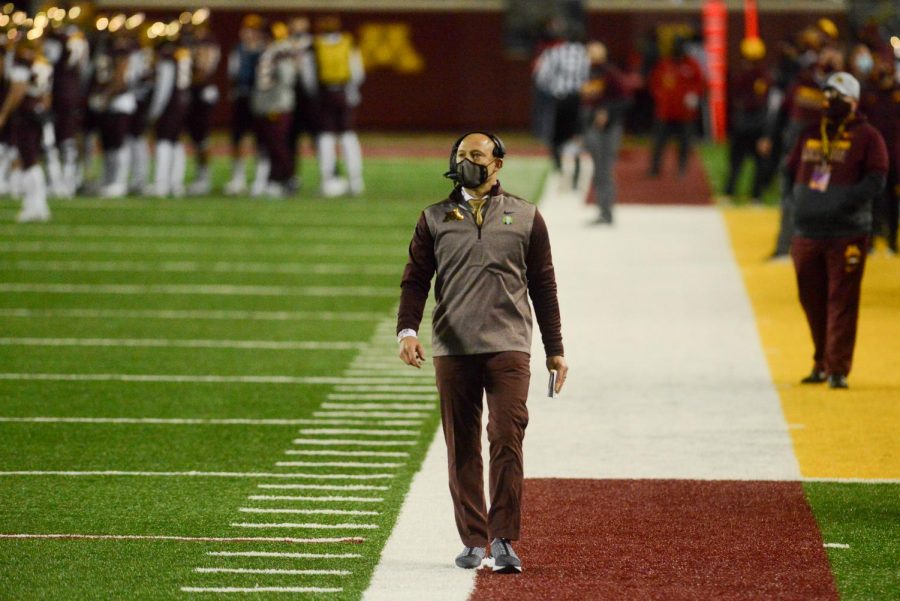 After questions circulated about the status of two Gophers’ offensive lineman leading into the 2020-21 season, fans now have some answers.

Minnesota will be without two starting offensive lineman from last season in Daniel Faalele and Curtis Dunlap. According to the Pioneer Press, Dunlap has a torn Achilles ligament and Faalele has been away from the team due to COVID-19 concerns. Dunlap was on the sidelines for Saturday’s loss against Michigan while Faalele was not seen.

Both linemen remained relatively healthy throughout last season, with Dunlap starting 12 games and Faalele starting 11. With both players out, Axel Ruschmeyer and John Michael Schmitz are two players that will be needed to step up in their place.

The offensive line saw mixed results in the loss to the Wolverines last Saturday. While the Gophers did have some success on the ground with running back Mohamed Ibrahim, the offensive line also allowed a costly sack-fumble of quarterback Tanner Morgan that was returned for a touchdown.