The University of Minnesota is currently collaborating with the U.S. Department of Defense and nonprofit organization BioMADE. 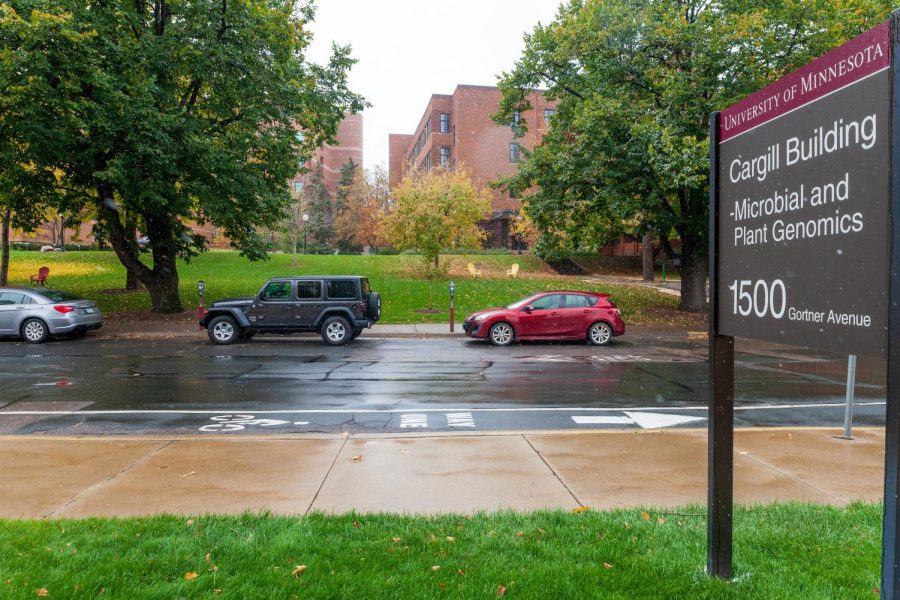 An empty lot stands across from the Cargill building, on the University's St. Paul campus, on Monday, Oct. 19. The lot will be the site of the proposed Microbial Cell Production Facility.

A new University of Minnesota partnership will reportedly help to grow bioindustrial manufacturing — with the bio-based economy already valued at more than $1 trillion annually.

The partnership, involving both the U.S. Department of Defense and nonprofit organization BioMADE, will include the design and operation of a new Manufacturing Innovation Institute located on the St. Paul campus. This new space on campus will aim to grow the bioindustrial manufacturing industry through connecting organizations with research resources.

The U.S. Department of Defense contributed over $87 million in support of the University and BioMADE, which will eventually be headquartered at the Manufacturing Innovation Institute. The federal government has funded the creation of eight other innovation institutions around the country.

In the United States, bioindustrial manufacturing companies are not well connected, said Steve Evans, the technical lead for the BioMADE program.

“It’s hard for a small-size company to get connected with a company or an institute that might help it to the next step and then to the next step into manufacturing,” Evans said. “Those connections in the network are not well-formed, and so we’re going to try to be a catalyst nucleating site so that it’s a national network to enable vital infection.”

Bioindustrial manufacturing is a process that utilizes microbes, like yeast and bacteria, to create chemicals, Evans said. Ultimately, these chemicals are used to create other products such as fabrics, detergents and plastics.

“It’s a different way, a biological way, to get materials that can be used to make things that people, like consumers or other companies, might want to be going into their product. So it’s a way to make things using biology that somebody else might turn into something of interest,” Evans said.

A variety of bioindustrial companies are based in the Midwest due to the strong agriculture business, Evans said. A major goal of BioMADE and the collaboration is to connect with companies based in other parts of the country.

“We kind of described it in one sense as BioMADE in Minnesota is an on-ramp to this bridge that connects the country from coast to coast so that these small companies and medium-sized companies have a way to get access to expertise needed to get to industrial scale,” Evans said.

The University of Minnesota St. Paul campus was also a logical location due to its existing biotechnological infrastructure.

“One of the reasons that BioMADE is going to be located here in St. Paul, on the University of Minnesota campus, is to take advantage of the rich history and manufacturing that this north-central part of the United States has carried,” said Michael Smanski, one of the heads of the BioMADE initiative and the lead researcher in the bioengineering Smanski Lab.

Some smaller- and medium-sized companies lack the resources to begin producing microbes and chemicals and instead perform mostly research tasks.

“The last decade and a half of technology improvement has gotten us to a point that there are many innovative companies and academic labs that are really good at engineering biology to make small amounts of stuff,” Smanski said. “What we need is more innovation that takes those small-scale proofs of concept all the way up to commercial scale. It’s in taking these promising strains and technologies that already work at small scale but figuring out how to cross over and make them commercially relevant.”