The longtime caretaker’s resignation leaves community members with a sense of loss. 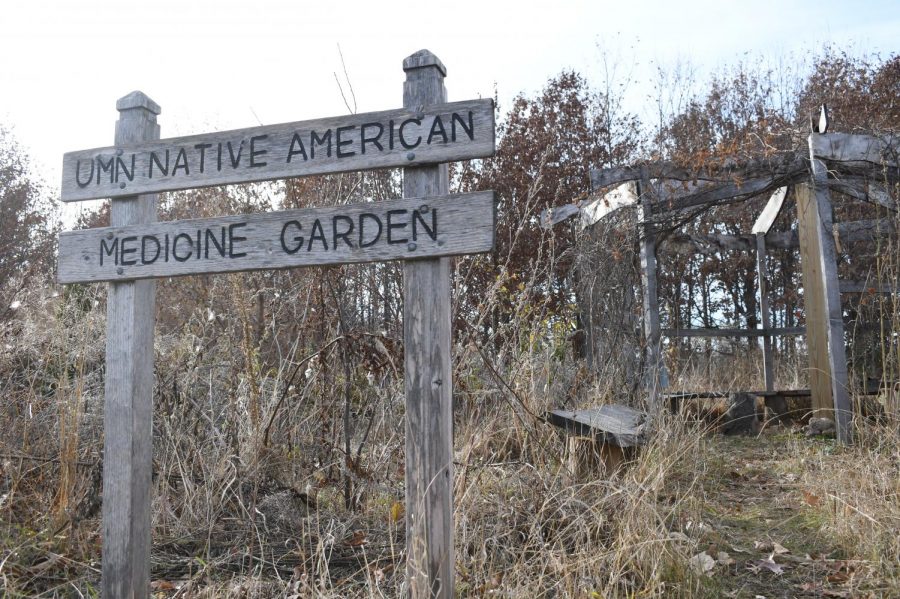 The 34-year-old Anishinabe Academy teacher is enrolled in the Bay Mills Band of Chippewa. She said during her time as a student at the University of Minnesota, she struggled to find a sense of peace on campus.

That was, until she started going to the Native American Medicine Garden (NAMG), a sacred space near the Bell Museum in St. Paul.

Now, with the resignation of Cânté Sütá Francis Bettelyoun, NAMG’s longtime caretaker, Ruel and many others feel a great loss as the future of the Garden remains uncertain.

“I’m so angry,” she said. “I don’t really have another place where I can go and pick medicine anymore. I hate that I can never go back out there and see Barbara [the former caretaker and Bettelyoun’s partner] or Francis again.”

Fully owned by the Oceti Sakowin Indigenous peoples on the land of the Dakota Oyate, the Garden was a place for the sharing of Indigenous, land-based cultural knowledge. This involved food sovereignty, health disparities of Indigenous peoples, the history of the land and its people and the history of colonization. Bettelyoun’s contract was through the University’s College of Food, Agricultural and Natural Resource Sciences (CFANS).

“The Garden is where I made my first sweetgrass braid,” Ruel said. “It’s where I pick the sage I use. I’ve taken my pre-K students out to the Garden to just experience being out with things green and growing. … The Garden has always just been this safe space for me.”

The Garden’s future was jeopardized for months during negotiations with the University.

Earlier this year, the University came under fire from hundreds of students, alumni and community members for its treatment of the NAMG and Bettelyoun. Criticisms included chronic underfunding and under-resourcing of the Garden, a lack of respect and sovereignty paid to the space and its caretakers, as well as the nonrenewal of Bettelyoun’s 2020-21 contract.

Eventually, following pushback, University administration attempted to renew Bettelyoun’s contract — which he never accepted because he felt nothing had improved regarding the treatment of the Garden or his position as caretaker.

The issue remained unresolved, and on Nov. 9, Bettelyoun resigned from his position as caretaker with a letter addressed to his community and all who have supported him. He said there has still been no change from the University, and wrote that administration has held “steadfast in practicing white supremacy.”

“After thoughtful consideration and many talks with my elders and community, I came to the conclusion that my life and journey need to get out of this dire situation,” Bettelyoun wrote in the letter. “Protect [the Garden] as best as you all can, I did my best and know I fell short in keeping her how she should be; free.”

In an email to the Minnesota Daily, CFANS Dean Brian Buhr said the Garden’s future will be dependent on the University’s work with “appropriate representatives” from Minnesota tribes to figure out the next steps in the recognition of tribal lands.

Ruel said while she is happy Bettelyoun will no longer be working under abusive conditions, she mourns the loss of such an authentic space to be in and to take the Indigenous children she teaches.

“It’s shitty to have to bring Indian kids to, like, Gibbs Farm and let them listen to this whole production on colonialism by white people in fake settler clothes. Like, we get it, you won,” Ruel said. “The Garden was a real place to take them without having to drive to a rez, and now it’s gone. There’s no ground to be gained because the University will never make peace with Indigenous peoples ever.”