Popcorn joint pops up in Dinkytown 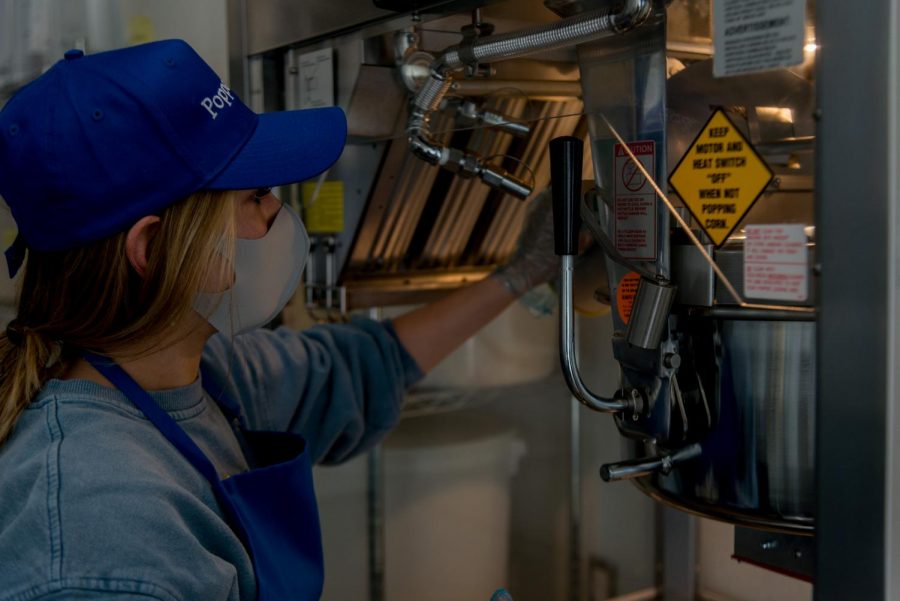 A new popcorn shop arrived in Dinkytown last month with a rotation of more than 70 flavors it hopes to cater to the students in the area.

After six years in Minnetonka, PoppedCorn opened a second location on Fourteenth Avenue Southeast on Nov. 5. The family-run operation is utilizing its younger employees to better brand the store to the college demographic of Dinkytown.

The shop is relatively small, so it rotates between flavors, which include some classic favorites like caramel and movie theater-style popcorn and more unique takes like loaded baked potato and cinnamon toast. It is all popped in coconut oil and is made without genetically modified organisms.

After searching for a second location for more than two years, owner Sue Michaletz signed the Dinkytown lease earlier this year.

“I think we found the perfect spot, but I signed the lease back in February before COVID was a word I knew,” Michaletz said. “But I still think it’s an awesome place, and I think in the long run we’ll be really happy, especially when events can continue and students can be back in class.”

The shop is currently taking online and takeout orders.

Michaletz started the business with her two daughters after they saw a popcorn shop during a trip to Las Vegas more than a decade ago. Years later, after searching for the perfect location, she set up shop in Minnetonka, where she lives.

“I saw this concept in Vegas, and I thought, ‘Oh, wouldn’t that be fun,’” Michaletz said. “And to be honest, I’ve never worked so hard in my life.”

Michaletz has hired 10 employees over the past month and said she has learned a lot about marketing to the younger audience through social media.

In Minnetonka, they have built support through fundraisers with schools and word-of-mouth. Their customers are typically older and more family-focused people that use platforms like Facebook.

Now in Dinkytown, with the help of her employees — which include a total of 10 second-year University of Minnesota students, Michaletz has worked to build up an Instagram following and is relying on the eventual influx of traffic during Gopher game days.

Michaletz said Natalie Gumm, one of her new student employees, has been extremely helpful during the transition into Dinkytown.

“I feel like all of us, since we are the younger age, we’re doing a good job of helping her [with Instagram] and stuff,” Gumm said. “It’s really just chill and friendly and just, like, a good environment. It doesn’t even feel like I’m going to work when I’m going.”

Gumm said that the team at PoppedCorn started its first Instagram giveaway contest last week, offering a 3-gallon tin of a popcorn flavor of the winner’s choice.

Michaletz said she knows foot traffic in Dinkytown has been hindered by fewer students on campus, cold weather and pandemic lockdowns. But she got excited seeing students during recent warmer days after the first football game of the season. She said she is excited to see more days like that in the future.