Mary Meyer transformed research on ornamental grasses at the Minnesota Landscape Arboretum and University of Minnesota. 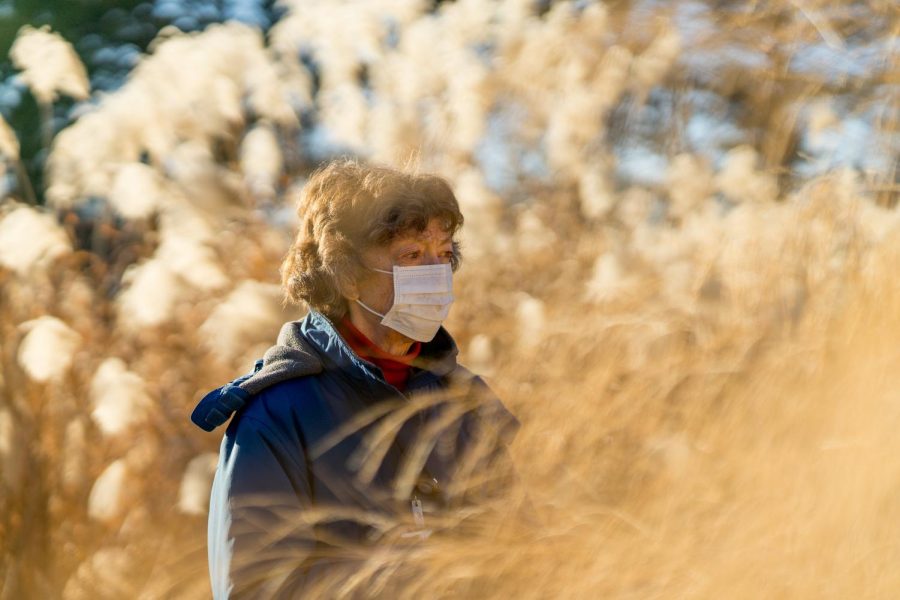 Mary Meyer poses for a portrait at the Arboretum on Friday, Dec. 4. As she prepares for retirement in late December, she reflects, "Most of these plants I view as part of me, like family."

Following a 26-year career at the University of Minnesota, University professor and horticulturalist Mary Meyer is retiring at the end of December with plans to continue curating grasses at the Minnesota Landscape Arboretum.

A faculty member since 1994, Meyer conducted research on ornamental grasses — grown for their aesthetic appeal — and was involved in the Master Gardener program at University Extension. There, she educated gardeners and worked with producers and garden centers around the state.

When she first started studying grasses in the 1970s, Meyer said not much was known about these types of plants. Some growers, off put by plants that seemed wild or unkept, did not find them attractive for the landscape. Grown in prairies, ditches or associated with invasive species, grasses were never cultivated in nursery settings, and few researchers had looked into their winter hardiness, she said.

Debbie Lonnee, a manager at local garden chain Bailey Nurseries who has known Meyer for nearly three decades, said the perennial grasses Meyer developed have now become a standard in the industry. Thirty to 40 years ago, gardeners were oriented toward woody plants like trees and shrubs but have now seen a “renaissance” in grasses, which add beauty to the landscape, Lonnee said.

Now, plants like Blue Heaven, an ornamental grass released by Meyer in 2007, are common in landscape architecture. In addition to their aesthetic quality, many ornamental grasses have few pest or disease problems and are critical food sources for native insects, wildlife and birds in Minnesota, Meyer said.

In 1973, Meyer became one of the first female extension educators in New York, and is considered by many in the field to be a pioneer for women at a time where there were few, if any, in horticulture.

Today, Meyer said there are more female extension educators in horticulture at the University than men.

After moving to Minnesota in 1986, Meyer earned her Ph.D. in plant breeding and genetics at the University in 1993 and went on to establish an ornamental grass collection at the Arboretum as part of her Ph.D. research. Now one of the largest collections in the nation, it houses more than 200 varieties of grass and is nationally ranked as the best collection in the U.S.

“I don’t think there’s very many people that have started up any type of plant collection as a graduate student and then continue to develop that and work on it during her whole professional career,” said Arboretum director Peter Moe, who has known Meyer for nearly 30 years. “The nice thing about Mary is she has all of this knowledge, but she’s so willing to share it in many different ways.”

A state coordinator of the Master Gardener program for ten years, Meyer was in charge of training gardeners in every county in the state. She also taught classes at the University, led tours at the Arboretum and conducted research. Moe said he enjoys listening to her speak on WCCO’s Smart Gardens podcast where she answers questions from gardeners around the state.

“It’s kind of amazing that she’s been so willing to do whatever is required,” Moe said. Although she has led volunteer efforts and been an expert in the field for years, he said she is still “more than willing” to get her hands dirty digging and propagating plants alongside volunteers.

Although Meyer is set to become a professor emeritus when she retires, she said she plans to continue curating the grass collection at the Arboretum. Having collected 33 years of data at the plot, Meyer said she will spend the next year digitizing her research.

“I couldn’t figure out how to just walk away from it. I love the collection and taking care of it,” she said. “Horticulture is really part of my life, so I will never retire from really learning and teaching.”