Insurrection, impeachment and a lost election: Student conservatives consider the future of the GOP

One political expert said the party’s future is uncertain as impeachment proceedings continue next month. 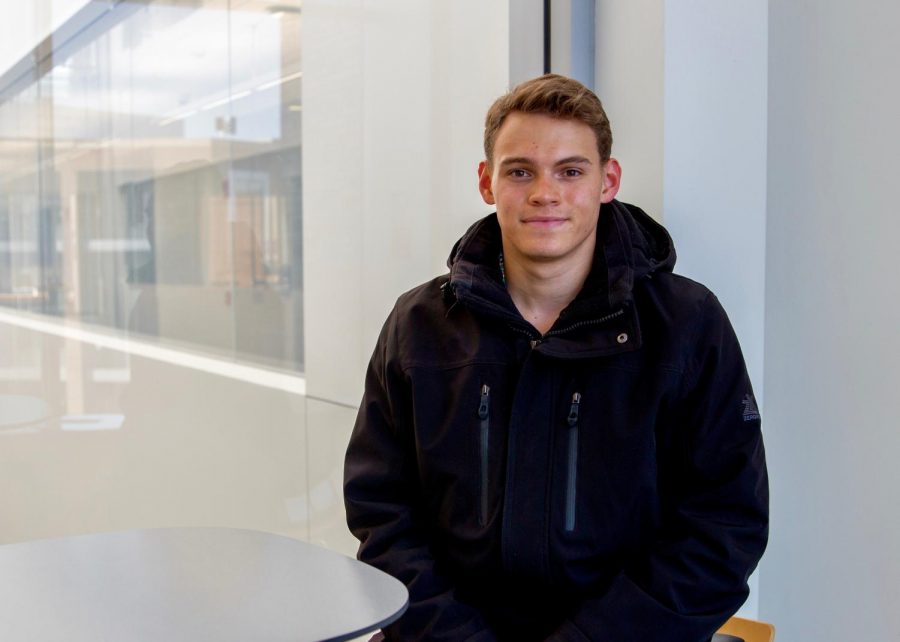 Vitaly Brown, a second year student at the University of Minnesota, poses for a portrait in the Physics and Nanotechnology building on Friday, Jan. 22. “At the end of the day, I really don’t get why people can’t have normal conversations or normal protests,” said Brown, regarding the protest at the Capitol in Washington D.C. on Jan. 6.

With chaos amid Donald Trump’s final weeks in office, some University of Minnesota conservatives have cut their associations with the former president, while others have strengthened their resolve for Trumpism.

Following the inauguration of President Joe Biden, the College Republicans are taking on a new focus, with some students divided on their reactions to Trump and how the Republican party should move forward.

Since they are no longer campaigning for Trump, the University’s College Republicans are focused on outreach.

The student group is working to expand its membership and recruit Latino students, said Jack Tschetter, a second-year student and vice president of the College Republicans.

Tschetter said that when Trump ran in 2016, he felt Trump was “the appropriate person to lead the country.”

As Trump’s rhetoric became more divisive, however, Tschetter’s optimism for the president waned. Although Trump lost both the electoral and popular votes in the 2020 general election, Tschetter was encouraged by the number of Latino voters who cast ballots for Republican candidates across the country.

“That kind of shows me that the Republican party has principles and ideas that are able to kind of transcend racial lines or class lines,” Tschetter said.

He said he wants to see more women in his party run for office and stronger regulations on “big tech.”

Tschetter is planning to invite more local politicians and guest speakers to network with College Republicans. They do not currently have any plans for advocacy or future campaigning, he said.

Tschetter also condemns the violence from the U.S. Capitol insurrection and hopes most Republicans stand by that same principle.

“I think that the Republican party means something. … It means freedom and democracy … that’s governed by things like the rule of law,” Tschetter said. “It’s unfortunate I think they are, what you see today has kind of shifted away from that.”

After the insurrection, Trump was impeached in the House, and Democrats have continued to push for Republicans to condemn Trump’s role in inciting the attack.

Kathryn Pearson, a professor of American politics at the University, said the impeachment trial, which is set to begin next month, would further divide Senate Republicans.

Pearson said that after Senate Leader Mitch McConnell acknowledged Trump’s role in inciting the riots, that “opened the door for some of the Republicans to criticize President Trump and his role and the violence … but whether or not that will extend to the representatives who were bigger fans of Trump, or who have more supporters in their districts, I think remains to be seen.”

Vitaly Brown, a second-year student who voted for Trump, said the rioting was not an effective means of protest; however, he said he does not believe that Trump incited the attack. He thinks that most of the protesters were from various “Democratic groups,” like Antifa, posing as Trump supporters.

“I just find it really hard to believe that peaceful, conservative protesters would storm the Capitol by force and, you know, start whipping out whatever firearms and such to incite violence,” Brown said. “I find it hard to believe.”

Multiple news stories have come out since the attack proving that dozens of the rioters were directly related to far-right extremist groups. The FBI has also concluded that no individuals associated with Antifa were involved in the insurrection, according to CNBC.

Brown is not worried about a Biden presidency. He said that because Biden is not a “political maverick,” Brown is not concerned about his impact on the country.

“I love this country,” Brown said. “I don’t want to see it fall into shambles by anybody’s presidency, and I don’t think it will.”

The Army Reserve Officer Training Corps (ROTC) student said he believes the Democratic party put Biden — a household name — on the ballot to eventually get Vice President Kamala Harris into the presidency.

“As we know … Biden’s pretty old,” Brown said. “If Kamala Harris would’ve ran by herself she would not have won … they are trying to phase him out, and essentially replace him as quickly as possible with Kamala Harris.”

But as time passed and Trump could not prove claims of election fraud, DiPiazza said she became disappointed in many Republicans. “You’re just acting like a sore loser,” she said.

“I think people that are so far-right kind of have this mindset that tells them that they’re always right,” DiPiazza said. “I think that’s become specifically evident with ‘Trump-ism,’ I don’t even want to call it Republicanism.”

DiPiazza said she has always described herself as conservative. She grew up in a small, primarily-white suburb outside Milwaukee, where her father owns a small business. While she is hopeful for Biden’s presidency, she is worried that his presidency will hurt small businesses.

Still, the past election and moving to college made her rethink aspects of her conservative ideology. She has become more open-minded and identifies as a feminist who cares about Black and LGBTQ+ rights. DiPiazza said she is a fiscal conservative and social liberal.

“So, I think that based on the way [Trump has] acted toward human rights — and there was little respect that he’s had for people who are different than himself — was disgusting,” DiPiazza said. “I don’t ever want to say that I support him.”

“Many Trump supporters will move on, some will remain loyal to [him], some will move on and be interested in supporting new Republican candidates. I think it’s just unclear,” Pearson said.

DiPiazza is hopeful that Trump’s presidency will not permanently damage the reputation of the Republican party and that a younger generation of moderates emerges.

“Since we’ve experienced 9/11 and the pandemic, the financial crisis, we can really push forward and understand that it doesn’t take just one [party] or another, it’s so much bigger than that,” she said. “I’m hoping that this younger generation will have a little bit more common sense to them.”