Eric North brings a personal, engaging approach to community forestry at the University of Minnesota. 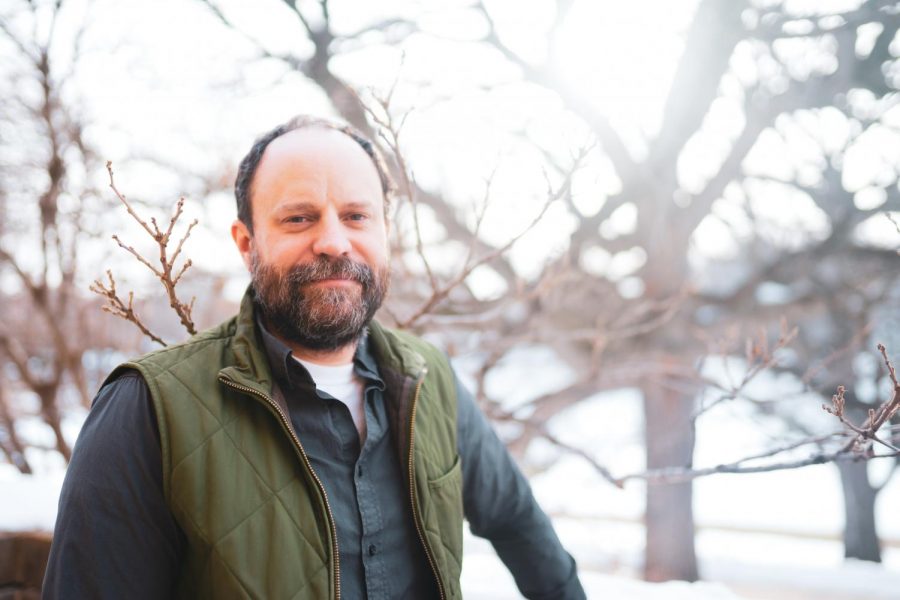 Eric North poses for a photo outside of Green Hall in St. Paul on Wednesday, Feb 3. North is a new professor who specializes in trees in urban environments across the U.S.

Dr. Eric North will educate students on the importance of natural resource management, especially in cities and towns. He will also conduct research and work on community outreach.

North said he got into forestry as many do in the field — sideways.

Before joining the University in January, North had a background in computer science. An experience abroad however, completely changed the trajectory of his career.

While visiting Kenya, North learned his tour guide worked to support native trees in the off-season, when there were not as many tourists. He would work with his community to educate them on native Kenyan trees and teach them how to restore the trees in areas that were deforested for tourism.

“That was my first introduction to the idea that you can do natural resources and forestry things in a city,” he said. “I came back from Kenya and thought, man, maybe that’s something I can do.”

After graduating, he created a regional and community forestry program from scratch at the University of Nebraska-Lincoln and worked there for nearly four years before returning to the University in his current role as a professor.

“I came back to school and ended up not leaving, really,” he said.

Ryan Murphy, a researcher at the University in the Department of Forest Resources, said it is common to see many undergraduates in their late 20s or early 30s in the urban forestry program. Some of them have come back to school, switched majors or are entering the field for the first time.

“It doesn’t seem to be something that students are necessarily aware of when they get to university or even before they realize that there is such a field as urban forestry,” Murphy said. “Having someone who is not only a wealth of knowledge but also an entertaining speaker, and can engage people about the topic [is] going to draw more potential students into the field.”

Part of North’s work as a professor involves pushing students to think critically about equity when it comes to forestry, especially when thinking about urban planning. In one of the classes he teaches, students look into how a distribution of trees affects a community. Green space and trees provide a plethora of benefits to urban spaces — including mental health benefits, shade and stormwater maintenance.

“Can we look at how the trees are distributed in your community? Are there more trees, or are there more well-maintained trees, in wealthier neighborhoods?” he said. “This semester, the students in that class look very specifically at Indigenous lands and how those lands were managed and what that might mean to incorporate that information into city planning.”

North said making sure students are cognizant of the inequities in forestry and urban planning is essential, especially as they enter the field.

“Trees are great, but what if we’re not maintaining them, or if we’re not paying attention to the equity in the distribution of these trees, what is that doing to those communities?” he said.

While studying abroad for a summer in Botswana, former University of Nebraska-Lincoln student Alaina Kapla said North’s interest in the trees and ecology of the area as a faculty leader was inspiring.

“He talked a lot about trees, and his passion and enthusiasm for the trees was contagious, and I fell in love with trees too,” Kapla said. “So when I got back, I changed my entire class schedule to take classes with him. I kind of changed my whole career path to be in the tree field.”

Kapla said she remembers a student in one of her classes asking North if he could calculate the growth rate of Groot, a popular tree-like Avengers character, to determine how much taller he would be in the movie Avengers: Endgame compared to his first appearance in Avengers: Infinity War.

North took the question to heart, and later went on to conduct his own analytical research into the growth trajectory of the character, as well as the structures and diet that would enable him to grow as fast as he did in the movies. He was interviewed about the research in a 2019 Syfy Wire article.

“I think [he is] just a really excited and passionate person about the field,” said Ashley Reichard, the University’s urban and community forestry volunteers program coordinator. “He kind of fell in love with it and was really taking the time to learn about all aspects of urban forestry that he can.”