These new plants could make it easier for organic farmers to combat the harmful pests, and could also reduce pollution caused by insecticide use in Minnesota. 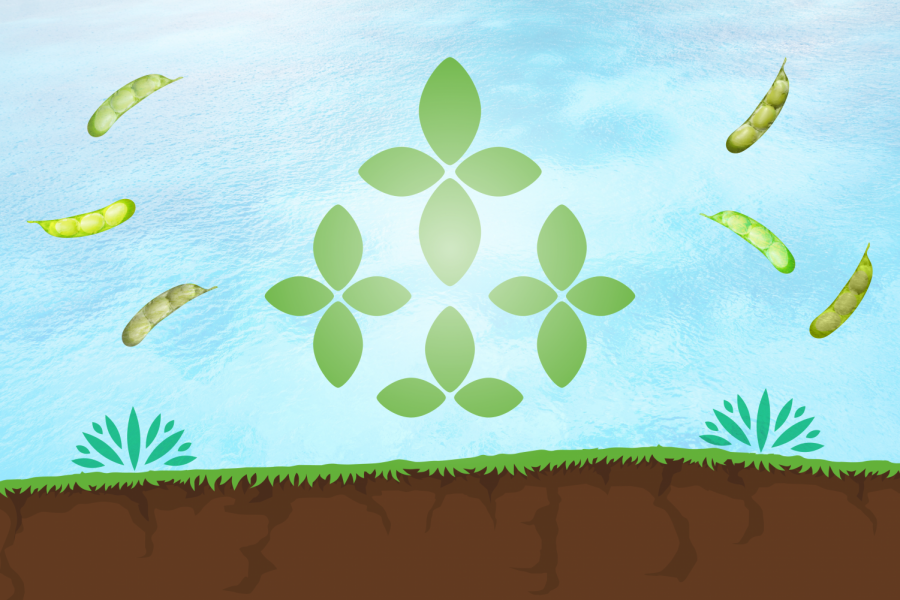 Last year, 90% of Matthew Fitzgerald’s 450 acres of soybeans were infested with soybean aphids. An organic farmer in Hutchinson, Minnesota, Fitzgerald is one of many whose livelihoods have been devastated by this tiny insect in recent years.

Since 2016, University of Minnesota researchers have been looking to develop an aphid-resistant soybean crop that will not only cut down insecticide use in the state, but assist organic farmers who cannot combat the bugs using traditional insecticides.

Soybeans make up 30% of Minnesota’s total agricultural exports and remain the state’s top export commodity. In 2016, soybeans accounted for $2.1 billion in exports from Minnesota, and the state ranked third in the nation for soybean production as of 2019.

This is one of the reasons why University researcher and the principal investigator on the project Dr. Bob Koch said their work is so important.

Aphids suck nutrients from the soybean plant and excrete a sticky brown film onto their leaves. This makes it harder for the plant to get its energy from the sun using photosynthesis; it also limits the plant’s ability to grow and produce a bigger crop yield.

As part of their second phase of the project, Koch and his team are looking to breed plants with a natural resistance to the aphids. He is also exploring the best way to incorporate these aphid-resistant varieties into production, as well as test their effectiveness and impacts on other pests besides the aphid.

“The research from Minnesota and other states shows that these varieties can be very effective at protecting soybean plants — protecting their yield, preventing aphid populations from growing. But the challenge is they’re not very widely available,” Koch said.

Another element of their research is using remote sensing technologies to help farmers visualize where infestations are in their fields. Using satellite data, researchers have been able to detect damaging levels of aphids. Farmers can then use this data to determine which crops would benefit from treatment and which would not.

Koch said this will be an important tool for farmers who are applying insecticide to their fields. Knowing which areas need the insecticide reduces the tendency to blanket a field in insecticides, and helps farmers opt for a more tailored application, which can save them money, too.

Excessive insecticide use has contaminated surface waters like streams, lakes and rivers and is harmful for pollinators like bees. It can even leach into drinking water, said University professor and researcher Dr. Aaron Lorenz, who is also on the project.

Although he said this research is not the only solution, Koch said it is important to have these crops as another option farmers can turn to.

Fitzgerald said because he is an organic farmer, he does not have the same tools to control aphids as other farmers do. In order to keep his organic status, he cannot use many traditional insecticides, and the ones he can use are very expensive and sometimes do not even work.

Because it is so hard to grow organic soybeans in the U.S. — partially due to these aphids — Fitzgerald said this is why more organic soybeans are actually imported into the country than exported. Another factor is accessibility.

“The availability right now with aphid-resistance soybeans, especially in northern Minnesota and central Minnesota is really, really limited,” Lorenz said. “In general, the big seed companies really don’t develop aphid-resistant soybeans … so my philosophy is that the more we can develop, the better off we are in terms of options for farmers.”

Carmen Fernholz, who owns an organic farm with his family in western Minnesota, said although his crops have been impacted by aphids less in recent years, he wishes he could plant soybeans without worrying about losing hundreds of dollars.

“Whenever the aphid first started showing up here, it could impact the crop and yield by at least 50%. And so, any way to develop aphid-resistant varieties would be a tremendous boon to organic producers,” Fernholz said. “We live in fear that it could show up with a vengeance anytime.”