The request came after UMPD dashcam footage called into question portions of a student’s account. 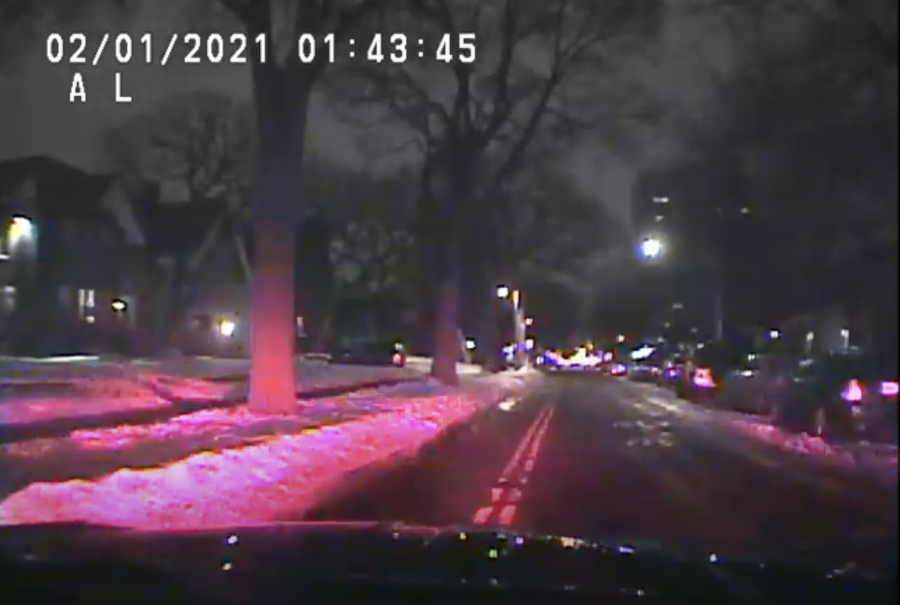 A screenshot from UMPD vehicle footage on Monday, Feb. 1.

The requests, made by Minnesota Police and Peace Officers Association (MPPOA) and Law Enforcement Labor Services, came after UMPD released dashcam footage of a Feb. 1 incident that showed officers stopping a student who appeared to match the description of a suspect in a robbery that occurred earlier in the night.

“The only thing I could think of was: what did I do wrong other than the fact I was a brown man,” the student wrote on Instagram.

Following the student’s initial posts and accusations, UMPD released the dashcam footage. It is the first video that publicly appears on the University’s Department of Public Safety YouTube account, which was created on Feb. 3.

The UMPD footage indicates that two officers approached the student, who in turn offered to show them his student identification. The officers explained to the student that a robbery occurred in the area before reentering the car, apologizing and leaving the scene.

After coming forward, the student has since been the target of intense public criticism and backlash — including some threats — over mischaracterization of his interactions with the police.

On Feb. 7, the student publicly apologized on Instagram saying that although he described feeling genuine fear, he recognized the impact his story had on undermining experiences of police brutality in Black and Latinx communities.

The MPPOA and LELS, the two largest labor associations in the state to represent public safety officials and law enforcement personnel respectively, also asked that the student discontinue an email campaign to the Board of Regents and President Joan Gabel that recounted his experience and included a list of demands.

“No amount of training, community engagement or empty reforms will ever allow for students to feel safe while the UMPD patrols our campus,” the email reads.

Release of the video footage has prompted discussions among campus activists, as well. After a social media campaign, the University’s Students for a Democratic Society chapter later apologized for falsely comparing the student’s experience to the “police terror and brutality that is systemically inflicted on Black communities.”

“It is imperative that we believe individuals who come forward in the future, despite how the situation unfolded,” SDS stated on Instagram.