Advocates are now pushing for the ban at the county and state levels, though some question how effective the ban will be. 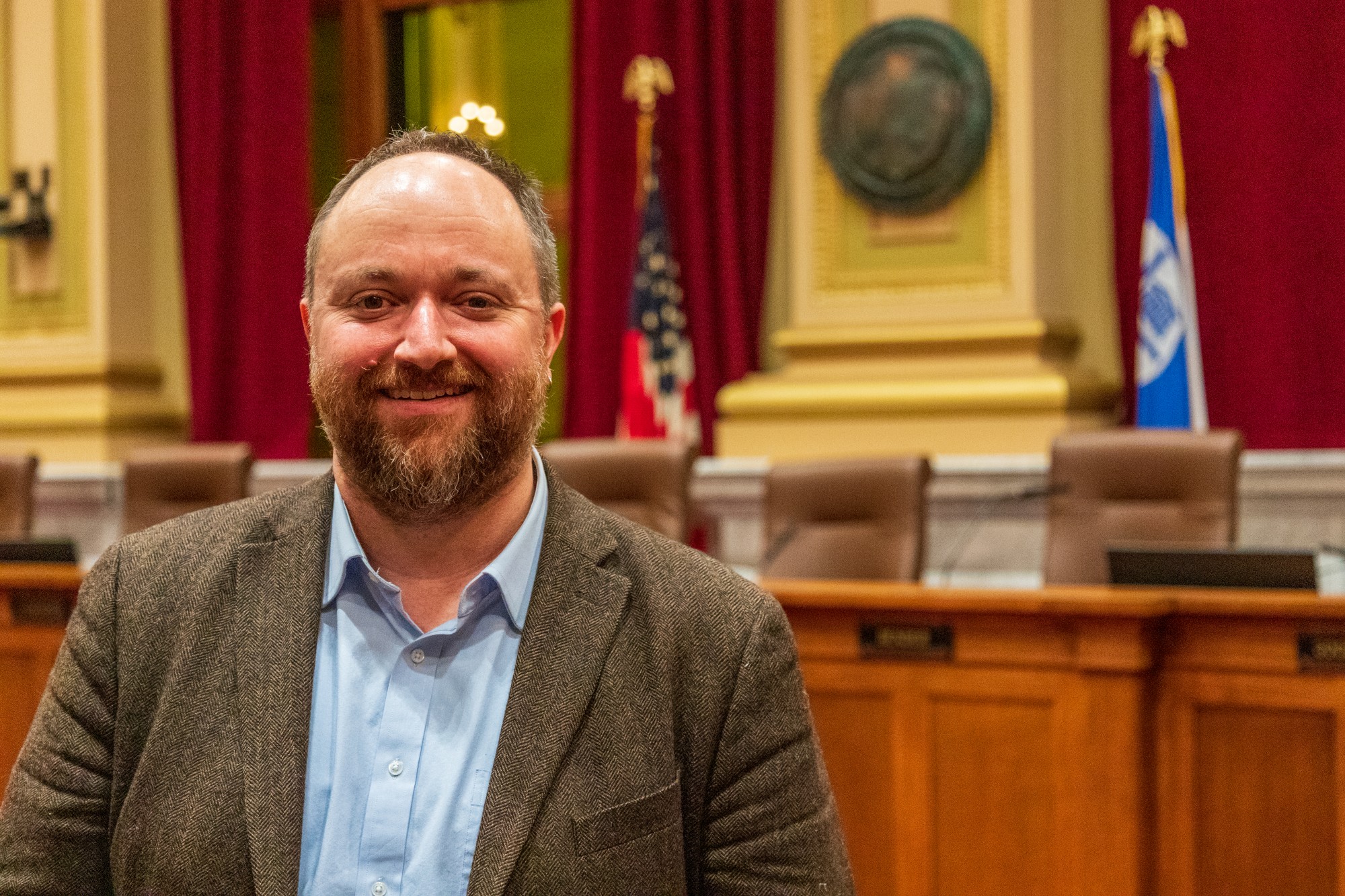 Minneapolis City Council Member Steve Fletcher poses for a portrait at City Hall on Wednesday, Feb. 5. On data privacy, Fletcher asserts “We’re becoming a smarter and more responsive city, and we’re using data to do it. Our residents and visitors deserve to know that we are responsible with their information and respect their privacy – while also keeping our government open and transparent.”

An ordinance banning city use of facial recognition technology passed unanimously in the Minneapolis City Council on Feb. 10, and advocates are eyeing a statewide ban in the future.

The ordinance was spearheaded by Ward 3 Council member Steve Fletcher, with support from the American Civil Liberties Union of Minnesota (ACLU) and input from the city attorney and the Minneapolis community. The new ban will prohibit facial recognition technology by all city entities, including the Minneapolis Police Department.

“I feel really strong about it. We really made the case, and everybody was convinced that this was the right direction to go,” Fletcher said.

The ban does not yet extend to the Hennepin County Sheriff’s office, which often shares resources with MPD and is currently in possession of this technology. A University of Minnesota spokesperson said campus police do not currently use facial recognition technology.

A 2018 study by the Massachusetts Institute of Technology and Microsoft found that darker-skinned women are nearly 35% more likely to be misidentified by facial recognition technology than lighter-skinned white men.

Munira Mohamed, a policy associate at the Minnesota ACLU, said the organization was grateful for Fletcher’s help and now is focused on getting the ban recognized at the county and, eventually, state level.

“[Passing this ordinance] means we can finally start having a conversation about surveillance technology within the broader scope of police reform,” Mohamed said.

The ACLU is also working alongside cybersecurity experts, as part of a coalition called Public Oversight of Surveillance Technology and Military Equipment, on a broader surveillance initiative that would include bans on thermal cameras, drones and unknown, evolving technologies.

While the ordinance bans the use of facial recognition technology as a whole across Minneapolis, departments can submit an appeal to the City Council asking to use the technology in special circumstances.

“Surveillance technology is not useless. There are legitimate use cases, whether they be related to law enforcement or whether they be related to unlocking your iPhone,” said Chris Weyland, a cybersecurity consultant who has been working with the Minnesota ACLU. “There’s all kinds of legitimate use cases that don’t violate people’s Fourth Amendment rights.”

However, Weyland emphasized that just as dangerous as the technology itself is the harboring of the technology’s data, which is often shared without consent or stolen from law enforcement databases and “abused or misused.”

In 2016, independent journalist Tony Webster made public the Hennepin County Sheriff’s Office’s use of facial recognition technology after suing the department for the information. While he said the ordinance is a step in the right direction for those who wish to see the technology banned in Minnesota, he questions how effective it will be.

“I wonder if there might be this sort of ‘wink wink’ relationship,” Webster said. “Even if there’s not a formal collaboration on a specific investigation, a lot of what’s called intelligence sharing could happen.”