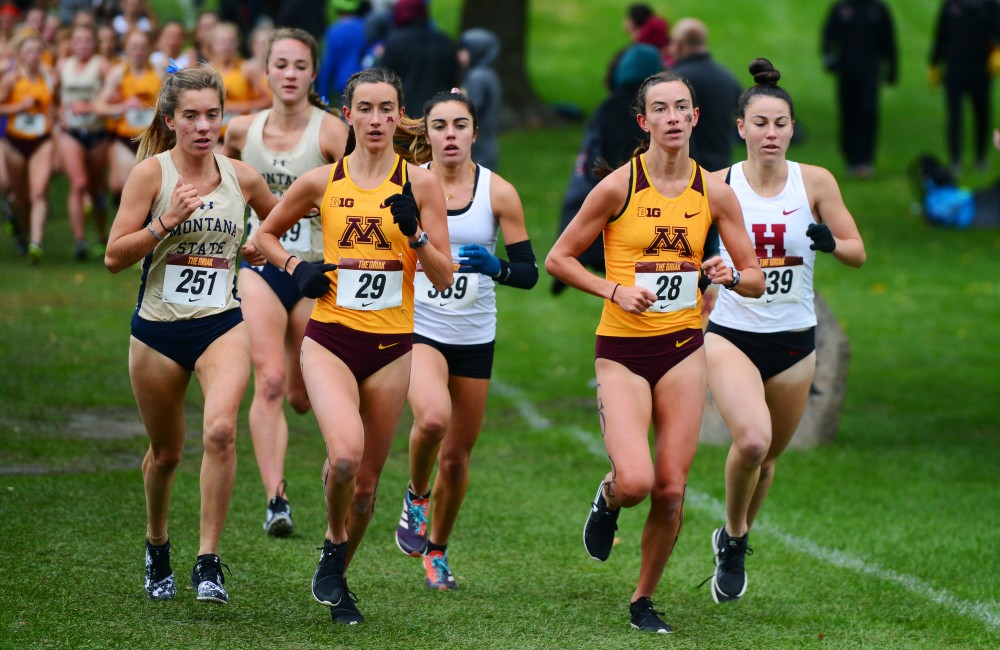 The Gophers women’s track and field team cruised to a first-place finish at the Big Ten indoor track and field championships, scoring 138 team points in the three-day event.

Minnesota was dominant over the three-day period en route to its fifth indoor title and first since 2018. The Gophers were 58 points ahead of runner-up Michigan, who finished with 80 team points. Minnesota saw eight first place finishes, led by a pair from junior Amira Young, who finished first in both the 60 meter and 200 meter events.

Abigail Schaaffe notched the top-spot in the 600 meter and was a member of Minnesota’s 4-by-400 meter relay team along with Jayla Campbell, Janielle Josephs and Val Larson that also earned a first-place finish at the event. Larson also trailed right behind Schaaffe in the 600 meter, finishing in second in the event.

Coming off a Big Ten cross country title just over a month ago, redshirt senior Bethany Hasz continued her dominant streak, earning the top-spot once again in the 3,000 meter. Allison Gerads and Tess Keyzers also reached top finishes in the pentathlon and weight throw respectively.

Now with a Big Ten title under their belts, the Gophers will turn their attention to the NCAA indoor track and field championships on March 12-13 in Fayetteville, Arkansas.