UMN alum prepares for the release of self-titled ambient EP 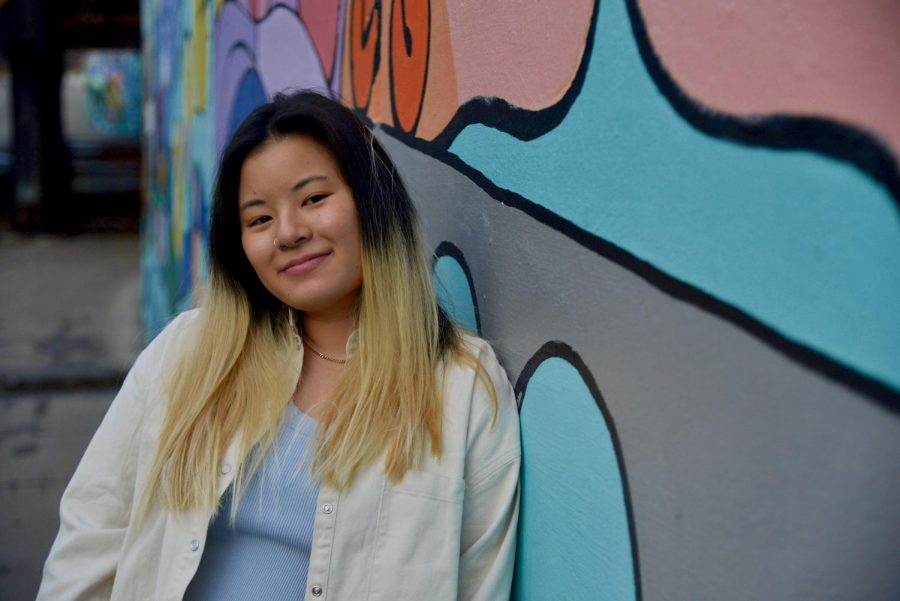 Local producer and recent University of Minnesota graduate, Aibai Tarrant, artist name Aibai, is putting the final touches on her debut EP, “Aibai.” Working with ambient, floaty and environmental styles, Aibai has created a stand-out sound within the indie-electronic genre.

With several singles under her belt, Aibai has her self-titled EP slated to release on March 27, the one-year anniversary of the release of her first song. The first single off the EP, “Glow,” a pleasing, ethereal track to drive around to, is a showcase of Aibai’s progression in both production and songwriting.

Though she had some musical training at a young age, Aibai has become more devoted to music in the past few years. She first got into producing as a sophomore in college at the University.

“At the beginning, I just really didn’t know what I was going for, and I feel like I was copying other people’s sounds, which I think isn’t bad at the beginning because it helps me learn how to produce,” Aibai said. “But now I’m starting to figure out what I want to be, like my signature or like my style.”

While taking inspiration from the likes of Odessa, Flume and Rex Orange County, Aibai is simultaneously working to create a musical direction that is all her own.

Alternative indie-pop musician, Colby Hansen, is a featured singer, guitarist and bassist on “Aibai.” Hansen finds that Aibai has found a way to create a unique experience for listeners.

“Her music is very dreamy,” Hansen said. “It really makes you feel like you’re in a different place, and to me that different place feels kind of like a dream world. I find it to be so relaxing to listen to.”

Aibai first met Hansen while they worked together at Blaze Pizza in Stadium Village. Blaze was also where Aibai first came in contact with local artist Swims.

The St. Paul-based musician Desmond Lawrence, aka Swims, is a featured singer, guitarist and bassist on two tracks off the EP. Lawrence also provided some lyrical work on a few of the tracks.

“I feel like I’m physically in a different place when I listen to it,” Lawrence said. “So when writing lyrics I tried to grab onto different images that came to mind when thinking about the space that the music creates.”

Having released her first song right after the pandemic-related closures, Aibai has yet to take her music to a live setting. As COVID-19 restrictions begin to lift, however, she is excited about the idea of playing her songs for an in-person audience once it is safe to do so.

Aibai is looking forward to sharing her new songs and continuing to grow and develop her music.

“I’m just excited to see how the music makes people feel,” Aibai said. “I want to make sure when people listen to it, it makes them feel good or sad or just some sort of emotion.”