‘Unfortunately, it is very American’: UMN professor testifies before Congress about anti-Asian violence

Congress has not heard testimonies about anti-Asian discrimination in 34 years, Dr. Erika Lee said in her testimony. 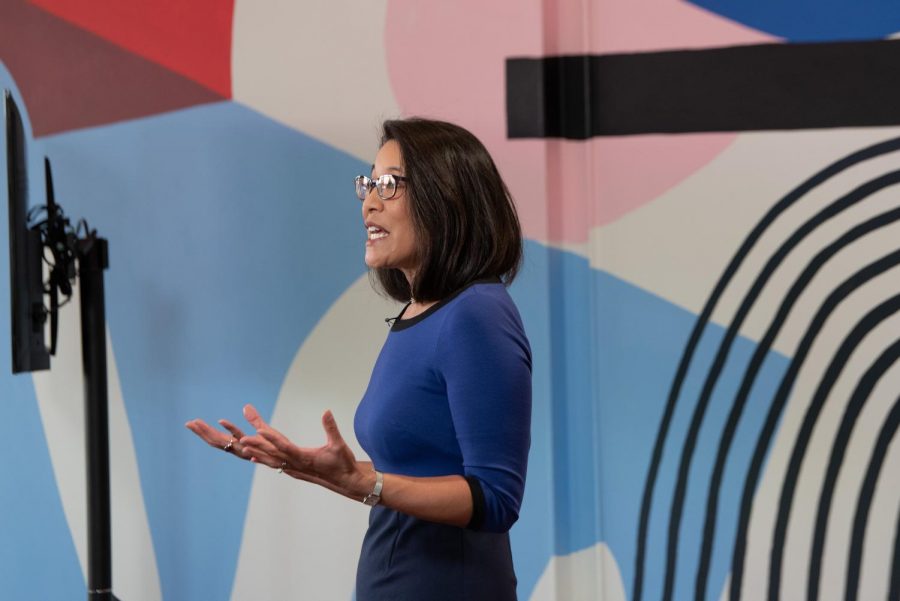 Dr. Erika Lee, a history and Asian American studies professor at the University of Minnesota, testified before Congress on March 18 about violence and discrimination against Asian American and Pacific Islander communities (AAPI).

Congress has not heard testimonies regarding discrimination and violence against the Asian American and Pacific Islander community for 34 years. Erika Lee joined a set of panels with 14 representatives, advocates and scholars to testify before the House Judiciary Subcommittee on the Constitution, Civil Rights and Civil Liberties. The hearing was already scheduled to take place before a man shot and killed six Asian American women in Atlanta on March 16, two days before the hearing.

Anti-Asian hate crimes have risen since the beginning of the COVID-19 pandemic, according to reporting by NPR.

Rep. Jerry Nadler, the chairman of the House Committee on the Judiciary, invited Erika Lee to testify.

“They believed that a historical perspective on anti-Asian racism was important for the hearings and important for the American people to understand,” Erika Lee said in an email to the Minnesota Daily. “It was an honor to serve in this way.”

In her testimony, Erika Lee provided an overview of the over 150-year-old history of discrimination and violence against Asian Americans in the United States. She cited specific incidents of violence and discrimination and highlighted how “Congress and other elected officials have promoted and legalized anti-Asian racism through its laws and its actions.”

“As we’ve just heard from my fellow witnesses, anti-Asian racism and violence has risen alarmingly,” Erika Lee said in her testimony. “As shocking as these incidents are, it is so vital to understand that they are not random acts perpetrated by deranged individuals. They are an expression of our country’s long history of systemic racism targeting Asian Americans and Pacific Islanders. We’ve heard in the past 24 hours many describe Anti-Asian discrimination and racial violence as ‘un-American.’ Unfortunately, it is very American.”

Erika Lee’s testimony provided important historical context to other personal testimonies and present-day facts about anti-Asian violence and racism, said Dr. Richard Lee, a professor in the psychology department at the University.

“What Erika did was communicate to Congress that this isn’t a new phenomenon,” Richard Lee said.

“The founding of our country is predicated on the same sort of stereotypes and prejudices that we see manifest today. And that much of what we understand about race relations, just as much as it is deeply embedded in the history of racism in this country, is also embedded in the history of anti-Asian through different exclusion acts to the way in which we define citizenship. So I think that was really important because it’s often the Asian American experience is often not viewed in that lens.”

In her Congressional testimony, Erika Lee said that the history of racism against Asian American and Pacific Islander communities is not taught in schools.

This history of systemic racism against Asian American and Pacific Islander communities frequently remains untaught to students at universities, said Dr. Jigna Desai, a professor of Gender, Women, and Sexuality Studies at the University.

Desai explained that for many white students, the discrimination and violence against Asian American and Pacific Islander communities are often invisible.

“It doesn’t even enter their radar,” Desai said. “And that means that that entire history remains invisible to many people. And often the response I get from white students is, ‘I didn’t even know Asian Americans experienced racism,’ and, ‘I didn’t know any of this history.’ They didn’t know about internment, or they heard something about it, but they’re like, ‘Yeah, but everybody’s doing okay now.’ And so, there’s a big gap in that invisibility.”

Despite the large enrollment numbers compared to other universities, there is no Asian American studies department — just a program — at the University. Asian American studies faculty are scattered across multiple disciplines, Desai said.
Universities would be well-served by expanding academic programs focused on underrepresented groups, she said. It often falls on faculty of color to speak out about issues specific to these communities, Desai said.

“My colleagues in sociology, who work on — I don’t know — health care and insurance don’t get called on in the same way to do this kind of work and don’t have to deal with grieving students in the same way,” she said. “And if you choose to respond, that’s fine. But students aren’t also coming in crying because they’re invisible in their classes, and they’re holding all this trauma from what’s happening in the world and what’s happening to them or what they’ve been called by their classmates. So there’s a really big difference in the kind of work that we’re asked to do.”

Erika Lee said that following the hearing, she hopes Congress will better understand the history of anti-Asian systemic racism in the United States and its role in passing laws that aim to end discrimination. She also said she hopes that Congress will pass the COVID-19 Hate Crimes Act to improve the system of reporting hate crimes against Asian American and Pacific Islander communities.

“We call upon our leaders to condemn racism in all of its forms, invest in AAPI communities and support individuals who have experienced race-based violence,” Erika Lee said in her testimony. “We cannot afford to wait another 34 years for Congress to act.”