The Graves Foundation wants the people to decide

The foundation purchased Roberts Lot in March 2020 to hold the property until residents decide what the space should be used for. 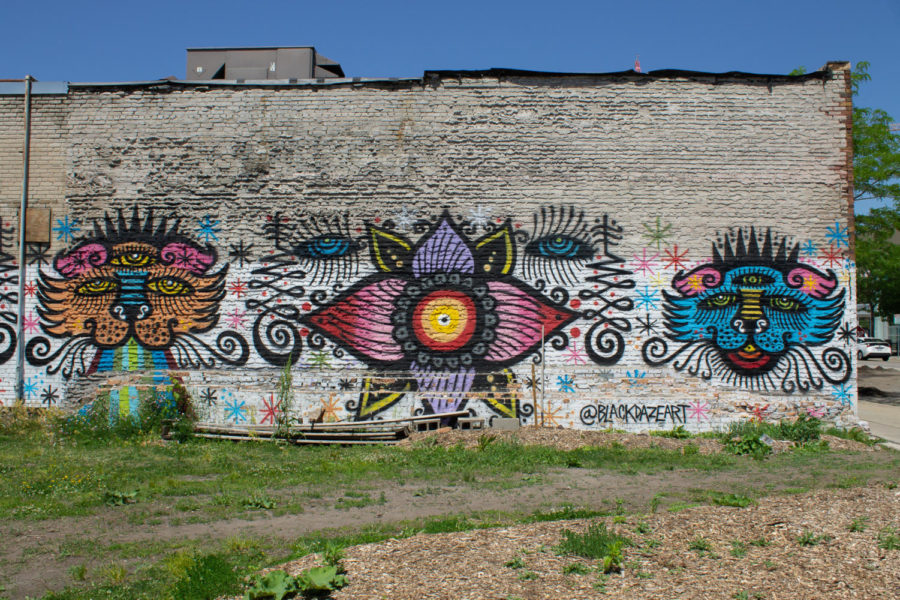 Mural at Robert’s lot on Lake Street in Midtown, Minneapolis on Friday, June 4.

In 2018 the Lake Street shoe store, Roberts Shoe Store, burned after a fire started in the boiler room. The fire destroyed not only the shoe store, but also the artist studio space housed above the shop, leaving neighborhood artists without affordable workspaces.

After the fire destroyed the building, the Graves Foundation, a youth-focused nonprofit with offices in the Midtown Exchange building overlooking the fire site, connected with the builder of the lot.

The foundation wanted to make sure they were including community members in development conversations.

After purchasing the lot, the foundation began working with local artists to form an advisory committee that included folks in the Latinx arts community of the area to discuss what they wanted the property to include.

Since then, the foundation has opened the space up to various artists in the cities to do “cultural work, community celebrations and healing work,” Graves said.

From the end of May to early June, the lot hosted a Haircuts for Change pop-up barbershop that included conversations around healing and processing after the year anniversary of George Floyd’s murder.

There are several other events planned for the summer: in July and August, the Weisman Art Museum will facilitate an open dialogue about truth-telling and repair to engage the surrounding diverse communities along Lake Street.

“There’s more diversity in this area than anywhere,” Carla Goodwin, the director of operations of the Graves Foundation, said of the neighborhood.

Other events include a small pop-up art fair in late June and early July hosted by the Powderhorn Park Neighborhood Association (PPNA) to preview its 30th annual Powderhorn Art Fair, which takes place online the first weekend of August.
The pop-up allows the public to preview artists whose work will be sold at the fair, including paintings, jewelry, clay and fiber arts, and will also feature live music.

Tabitha Montgomery, the executive director of PPNA, said the association was involved early on in the planning process for the lot.

“Residents should have agency and some say in what gets developed and supported in shaping the community,” Montgomery said about the importance of including residents’ desires.

Montgomery said she hopes the future development includes working studio space for artists to replace those that were destroyed in the 2018 fire, and the most crucial feature should be its affordability and accessibility to its residents.

“It’s still in the very early stages,” Graves said. “Hopefully in two or three years, it’s a beautiful space where culture is vibrant and people connect.”