Butler collected a total of 1075.05 points across 18 dives and three rounds. 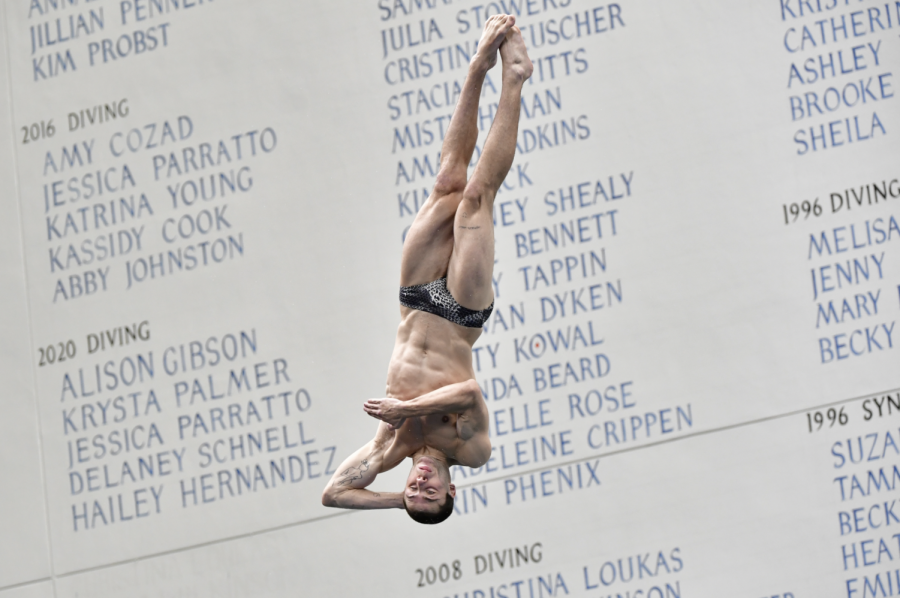 Jake Butler competes at the finals on Sunday, June 13.

Gophers junior Jake Butler made his Olympic trials debut this week in Indianapolis, Indiana, competing in the men’s three-meter springboard event where he finished in 10th place with a total of 1075.05 points across 18 dives and three rounds.

Although Butler placed 10th, he needed to finish in one of the top two spots to qualify for the Tokyo Olympic Games this summer.

On Sunday evening, Butler totaled 1075.05 points and finished 10th overall in his Olympic trials debut. He had three of his dives score in the 50s and three in the 60s.

Butler’s best dive of the final round was his third dive. He scored 67.50 points on his back two-and-a-half somersault pike, the highest he scored on this dive in all three rounds of the week.

The semifinal round – Wednesday, June 9

On Wednesday evening, Butler jumped up eight positions to finish in 9th place with a total score of 713.25 in the semifinal round. He earned a spot in the final round as he made the top-12 qualifying cut.

Butler found more consistency in his dives throughout the semifinal, scoring 63.00 points or above on four of his six dives. This consistency ultimately helped him in his leap from 17th to 9th.

The Seal Beach, California native’s best score of the round came on his first dive. He earned 67.50 points from the judges on his inward two-and-a-half somersault pike as he took off the springboard with his back facing the water.

Butler executed his most challenging dive that had a 3.50 difficulty. He flew through the air, completing his reverse one-and-a-half somersault, three-and-a-half twist free to earn 64.75 points from the judges on his fifth dive.

On Wednesday morning, Butler totaled 336.00 points to finish in 17th place after six dives in the preliminary round. He quickly found himself outside of the top-18 qualifying spots early on but fought back to advance into the semifinal round.

The junior’s best score of the day came on dive five. He completed his most difficult rated dive routine in the reverse-one-and-a-half somersault, three-and-a-half twist free to earn 71.75 points from the judges.

Butler also got off to a strong start on his first dive, where he earned 61.50 points from the judges on his inward two-and-a-half somersault pike.

Even with these high-scoring dives, Butler had a miss on his second dive that cost him many points from the judges. His forward three-and-a-half somersault pike earned him a score of 35.65 after he under-rotated and went into the water slightly horizontally.