Professor Qadri Ismail impacted many students and colleagues with his rigorous intellect, generous personality and advocacy. 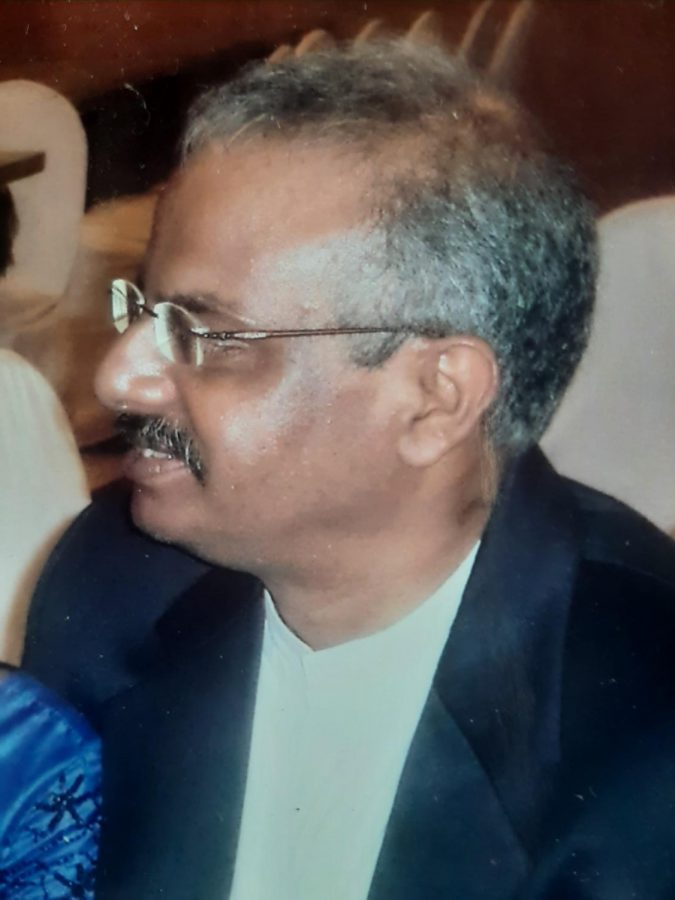 Courtesy of a friend of Ismail's.

Professor Qadri Ismail, a rigorous and beloved University of Minnesota English professor, spirited debater, fierce advocate for the oppressed and loyal friend, died the last week of May. He was 59 years old.

Ismail died of natural causes, according to Sayyid Markar, Ismail’s nephew. Ismail was an influential presence both in and out of the University community as a professor and journalist.

“I think losing Qadri was a tremendous loss for the [English] department and the U of M community at large,” said Halima Samatar, a recent graduate from the University, who studied English with Ismail. “He was willing to sacrifice how people saw him … in order to advocate for what was right.”

In spring 2020, Samatar decided, with some reservation, to take a course with Ismail. Ismail taught courses focused on literary theory and postcolonial studies within the English department.

He had a reputation in which some students loved him and others went to their advisers in tears, Samatar said. She took on the challenge though, a decision she said she did not regret.

“Starting from the first day, he kept students on their feet,” Samatar said. “I always left feeling challenged … [and] inspired.”
Samatar took another of Ismail’s classes this past spring. She said she wanted to end her college career with a professor she enjoyed, truly learned from and respected.

“He taught us to aggressively question everything,” Samatar said. “He really practiced what he preached. That’s something that made a lot of us respect him.”

While Ismail was a challenging professor, he was also a caring mentor, according to his past students.
During her first semester in the English doctoral program, University student Nyla Numan said she felt overwhelmed with her courses and behind her peers.

“Qadri reminded me that it would take time … before I felt more comfortable and familiar with the material,” Numan said in an email to the Minnesota Daily. “I found Qadri to be a brilliant teacher and caring mentor.”

Moinak Choudhury, another English graduate student at the University, said Ismail was also generous with his time.

“He made an active effort to [check in] — asking me both about my professional work here and my family back in India,” Choudhury said in an email to the Minnesota Daily. “He was keenly aware of the difficulties of beginning a new chapter in a foreign country.”

From Sri Lanka to Minnesota

Born on November 7, 1961 in Sri Lanka, Ismail studied English at the University of Peradeniya before pursuing a career in journalism.

He became a prominent journalist during the Sri Lankan Civil War, when he worked as a reporter for Time Magazine and the Sri Lankan Sunday Times newspaper. Ismail was known for his fearless criticism of the government and daring fieldwork, during which he was shot in the neck, Markar said.

After being shot, Ismail attended graduate school at Columbia University as a Fulbright scholar in 1989. In 1997, Ismail accepted a position as a professor at the University of Minnesota, Markar said.

It was at the University where Ismail became infamous as a rigorous intellectual and fierce debater with students, colleagues and close friends.

“Most of us strive to deflect confrontation, whereas I think he almost sought out confrontation,” said University professor and close friend Vinay Gidwani.

Ismail used argumentation as a way to teach his students how to carry through and stand by their arguments, which was a critical aspect of his teaching, according to University Professor Ajay Skaria, another close friend.

Outside of seeking out arguments and teaching his students and colleagues how to debate, Ismail enjoyed simple things in life.

“He was an amazing cook,” Gidwani said. “He did a lot of cooking for [other] people.”

Assistant Professor V.V. (Sugi) Ganeshananthan said Ismail was one of the first people to welcome her to the English department when she started at the University in 2015. Ismail would cook Sri Lankan food for her, which meant a lot to her as another person of Sri Lankan descent.

“It was a lot of food that I grew up with and wouldn’t have had a lot of places to get here,” Ganeshananthan said.

Ismail loved watching cricket and would stay up late to watch matches in India and Sri Lanka, Skaria said. He was also passionate about art and owned a collection of paintings by various Sri Lankan political artists.

“He was somebody who was capable of both intellectual rigor and enjoying the pleasures of everyday life,” Skaria said.

Ismail was more than a caring professor, vigorous debater and exceptional cook. He was also an unabashedly fierce advocate for the oppressed, according to those who knew him.

Ismail became the chair of the English department’s first Equity, Diversity and Inclusion (EDI) Committee in 2019 and advocated for changing the curriculum, among other EDI matters.

“He was outraged that the department still had a Shakespeare requirement,” Skaria said.

Ismail loved Shakespeare, but he wanted to reduce Eurocentrism within the department. Ismail advocated for removing these requirements because they single out authors like Shakespeare as the true author of the English language, Samatar said.

“He didn’t play the performative game [with] terms like diversity, inclusivity … those words meant a removal of any trace of any inherently Eurocentric, exclusive ideas,” Samatar said.

It was through all of this — Ismail’s caring and generous but blunt and argumentative nature, as well as his advocacy — that he impacted his students.

Samatar said the atmosphere in Ismail’s classroom embodied higher education, as he fostered conversation, learned from his students and welcomed differences.

“He’s an example of what higher education should look like,” Samatar said. “I’m so thankful that I took not just one, but two classes with him because that experience is immeasurable.”

Ismail was buried at the Garden of Eden Islamic Cemetery in Burnsville on June 2 and is survived by his mother, brother, sister, nephew and three nieces. A formal tribute to his life will take place at the University in fall 2021.