As the first trial of its kind, researchers will use common and widely available drugs to treat symptoms of COVID-19. 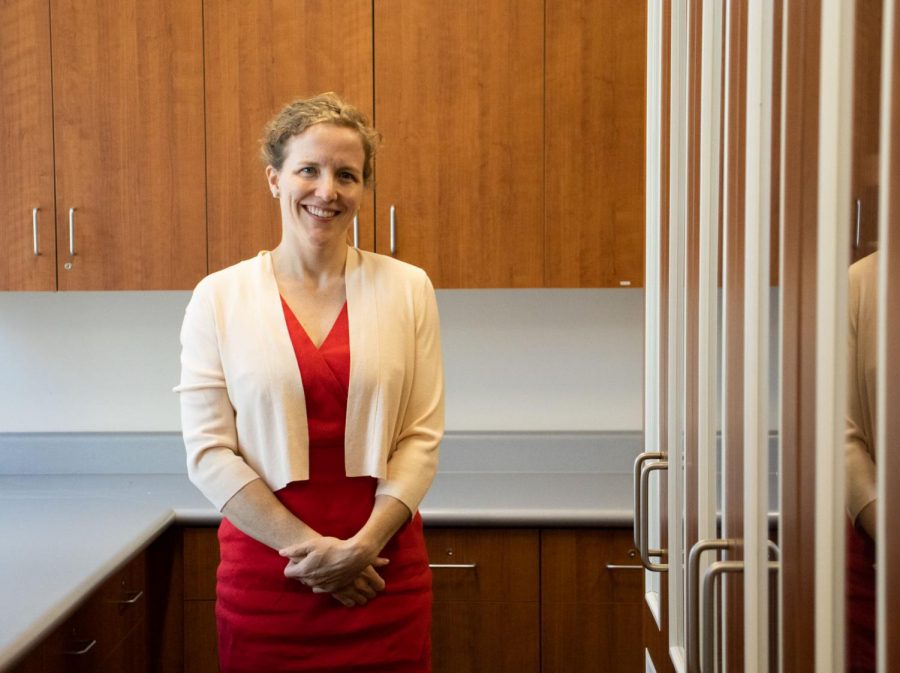 Assistant Professor of Internal Medecine and Pediatrics Carolyn Bramante poses in a medecine storage room in her clinic on Tuesday, June 15. Bramante is the principal investigator for COVID-OUT, a nationwide COVID-19 outpatient trial for which the University of Minnesota hosts the lead study site.

The University of Minnesota Medical School recently received $1.5 million in funding to operate the first COVID-19 trial in the country to treat symptoms of the virus using widely available drugs.

The trial, which began in January, is continuing after receiving $1.5 million in additional funding earlier this spring. The goal of the trial is to find treatment for a range of symptoms of COVID-19, like shortness of breath, coughing and loss of taste and smell, using pre-existing and safe drugs.

“This being an outpatient trial using medications that are relatively inexpensive and widely available … is very significant,” said Katrina Hartman, a University medical student and research coordinator for the trial. “If these are proven efficacious, it would be really amazing for the world to have available.”

The findings could have positive implications for people who are not able to receive a vaccine, but contract COVID-19, according to Carolyn Bramante, University professor in Internal Medicine and Pediatrics and the primary investigator for the trial.

“Some new strains of the virus may evade immunity from some of the vaccines,” Bramante said in a University press release. “Additionally, worldwide vaccine availability will take time, and not all individuals may get the vaccine. Thus, we feel we should study safe, available, inexpensive outpatient treatment options as soon as possible.”

Daniel Fraser, a University student, works as part of the research team and records the participants’ symptoms.

“You could see that many people were having less extreme symptoms,” Fraser said, though he and the rest of the team are not aware of which participants received treatment or the placebo.

Researchers used computer modeling and observational studies to determine which existing drugs may be effective treatments for COVID-19. Designing a new drug to treat the virus would take more time and money and would not be as available to the public, Hartman said.

Additionally, the three drugs are already known to be safe for pregnant women, especially metformin. This allows pregnant women to participate, making it the first COVID-19 treatment trial to do so.

“Pregnant women are a group that [is] not very often studied because of the risks that come along with studying them,” Hartman said. “So it would be really important to have a treatment option [for them].”

To take part in the trial, participants must have recently contracted COVID-19. Bramante said researchers are focused on enrolling participants as soon as possible after their diagnosis in order to gain the best results.

Currently, researchers are recruiting participants through phone calls and online advertisements, according to David Odde, a University biomedical engineering professor and a co-investigator in the trial.

Bramante said the research team plans to complete the trial by the end of the year, and that she is hopeful there will be beneficial results. Regardless, the findings will positively contribute to the world’s research on COVID-19, she said.

“Whether we find any benefit or not from the trial, the findings will be helpful for all the science around the pandemic,” Bramante said.

Correction: A previous version of this story mischaracterized the status of the study. The trial is ongoing, and the team does not yet have preliminary findings.