Chopped & Served is dedicated to providing fresh, nutritious food to those without access to consistent quality meals. 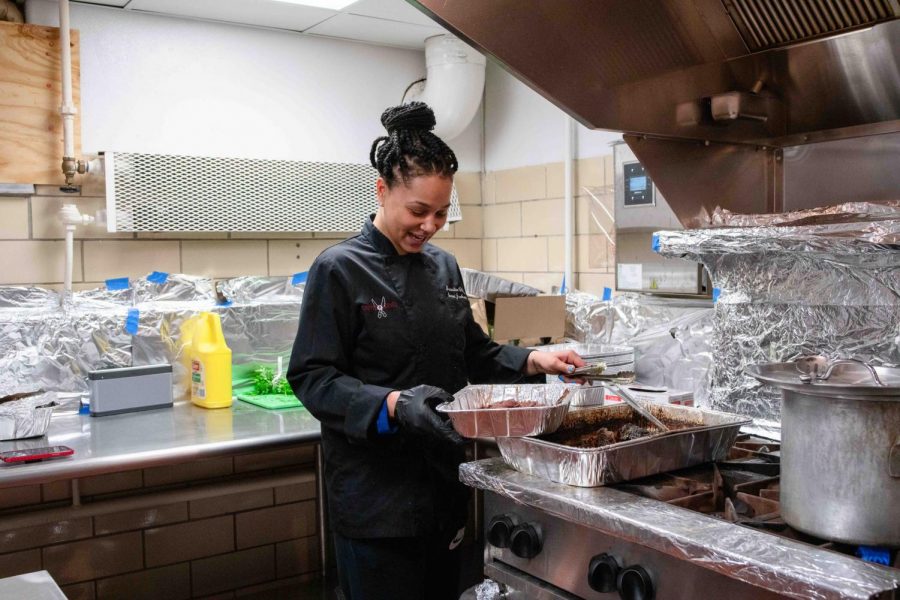 When Imani Jackson was a child, she was a picky eater, often refusing to eat specific foods at dinnertime. Today, she runs a successful catering business where she uses her love of cooking to provide fresh, sustainable food to marginalized communities in the Twin Cities.

Jackson founded Chopped & Served in 2017, a year after she began attending courses at the Minneapolis Community and Technical College. The company’s mission is to aid in community youth development by providing quality, nutritious meals with a long-term goal of leading young people successfully to postsecondary education.

Chopped & Served hosts pop-up events, cookoffs and community outreach programs throughout the year along with their regular catering service events.

Following the murder of George Floyd, Chopped & Served hosted several pop-ups throughout Minneapolis to provide fresh food to hungry children and families in surrounding neighborhoods. Jackson said they were there to create a safe space for residents amid the unrest.

Chopped & Served continues to serve meals in the city through paid gigs and food donations from local businesses. In July, they will be hosting a pop-up in George Floyd Square. Currently, Jackson said they are focused on what the future holds for food and social justice, including a possible physical location for the catering business.

In 2019, she transferred to the University of Minnesota and graduated this spring with a bachelor’s degree in Communications with a minor in Human Rights and Justice with honors.

According to Jackson, her adviser told her it wasn’t “ideal” or “realistic” for a student to work full-time with a complete course load. This only encouraged her to work harder.

“No statistic can tell me what I can and cannot do,” Jackson said.

As a first-generation college graduate, breaking down barriers is not new to Jackson. Growing up, she lived a “survival lifestyle” with her mother and two siblings, living in Section 8 housing and frequently relying on food pantries and shelves for essentials.

“Activism was my calling because I saw my mom struggle,” Jackson said.

Imani attended her early school years at a Spanish immersion school in St. Louis Park, a western suburb of Minneapolis. In 2014, she graduated high school where she played three sports — soccer, track and field and basketball.

Jackson’s mother, Tirzah Zimmerman, said Imani’s drive for activism comes as no surprise to her because Imani showed early signs of being a go-getter, unafraid to go after her dreams.

“She was always on the move,” Zimmerman said.

According to Tirzah, when Imani was 4 years old, she taught herself how to ride a bike. “I went outside and she was riding the neighbor’s bike without training wheels,” Zimmerman said. “She’s pretty amazing.”

Through Chopped & Served’s work, Jackson met her boyfriend of a year and a half, Tyler Phillips, who is also passionate about serving underprivileged communities.

They met when Jackson reached out to Phillips to collaborate with his coaching and mentoring business, Totally Committed, to host a youth event teaching health and wellness ideas to young people who may not be educated on these topics.

“She said she thought we could create magic together,” Phillips said. “And we did.”

Phillips said he focuses on the physical and mental part of training, while Jackson focuses on the diet aspect, teaching about nutritional science and the importance of quality food intake. He said they make a good team and he’s constantly impressed with her accomplishments.

“She’s very passionate about changing the narrative when it comes to Black and underprivileged youth,” Phillips said.