The Great Minnesota Get-Together is back for summer 2021

The fair returns a year after its 2020 cancellation due to COVID-19 concerns. 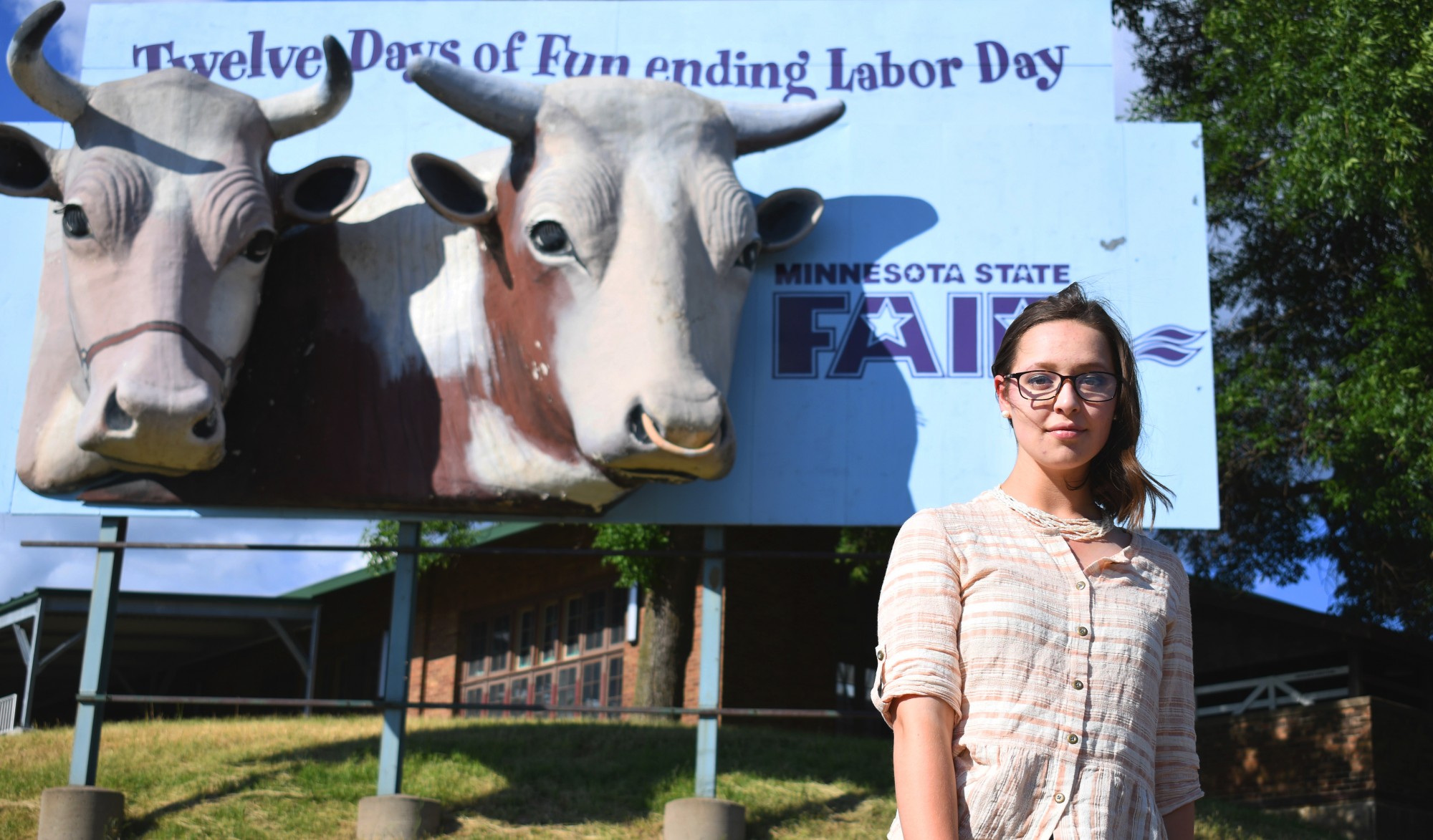 Agriculture communication major Elaine Dorn in the Minnesota State Fairgrounds on Wednesday, June 24. Dorn was planning to show her sheep at this year’s fair before it was canceled due to COVID-19.

To the delight of Minnesotans across the state, the Great Minnesota Get-Together announced on June 11 that the fair would be back this summer with only a few key differences from prior years.

The fair will run from Aug. 26 to Labor Day, Sep. 6, 2021, and will not feature daily capacity limitations or mask requirements resulting from the statewide mask mandate lift. However, those who are not vaccinated are “strongly encouraged” to mask up, according to the fair’s press release.

Nora and Tom Rush, the owners of West End Creamery, an ice cream shop that has served fairgoers for over 50 years, said they are not concerned about COVID-19 because of Minnesota’s high vaccination rates and because their venue is outdoors, decreasing the likelihood of contracting the virus.

The owners said they have been preparing for the fair since May, after enjoying last summer off work. In response to COVID-19, for the first time in its history, the creamery will accept credit card payments compared to its previous “cash only” policy.

“It was a nice break,” the owners said. “It’s a tremendous amount of work.”

Now, Nora and Tom are ready to work at the fair again alongside their son and daughter, Frank and Emmy, in the shop’s stand in West End Market.

Previously housed in Heritage Square on the fairgrounds, the creamery was the only business asked to reside in the new West End Market because of their loyal customer base and consistently delicious products, including hand-scooped, old-fashioned ice cream and over 40 different milkshake flavors with new flavors added to the menu each fair season.

The owners said they employ mostly high school and college students, many of them University of Minnesota students trying to earn some money before the fall semester.

With many University alum in their family, Nora and Tom said the fair marks the end of summer for them and welcomes back to school season for those still in school.

“We’ve put a lot of kids through college,” Nora Rush said. “They’ve grown up in the stand.”

Jerry Hammer, the general manager of the state fair, said the fair employs around 70 full-time staff members, usually hiring an additional 350-400 people to set up the fairgrounds.

Last year, the fair didn’t hire any seasonal workers to help with the setup because of the possibility of the fair getting canceled. After it was canceled in May 2020, Hammer said he and the staff remained hopeful for the future where they could reopen to the public “better and stronger.”

“It’s a lot more work having no fair than having a fair,” Hammer said.

Until the state lifted its COVID-19 state restrictions, Hammer said they didn’t know what the fair was going to look like, but now that regulations have changed, the state of the fair is clearer.

Spread across 322 acres, fair vendors and exhibits will be spaced out to decrease crowd congestion, and sanitization stations will be dispersed throughout the fairgrounds, according to the press release.

Notable events that will miss the fair due to limited planning time include the Giant Sing-Along and the Miracle of Birth, an event featuring livestock birth.

According to Hammer, the fairgrounds have been around since the 1800s, and they’re “soaked with memories” of not only Minnesotans but people from across the country, hosting over 2 million people at the most recent state fair in 2019.

“This is the place where we really all come together and celebrate our humanity,” Hammer said.

In the next few weeks, the fair plans to release its summer entertainment lineup, including the Grandstand lineup and new foods.

Tickets purchased for the 2020 fair are valid for the 2021 fair, according to the fair’s website.