The minimum wage in Minneapolis is growing closer to $15 an hour. 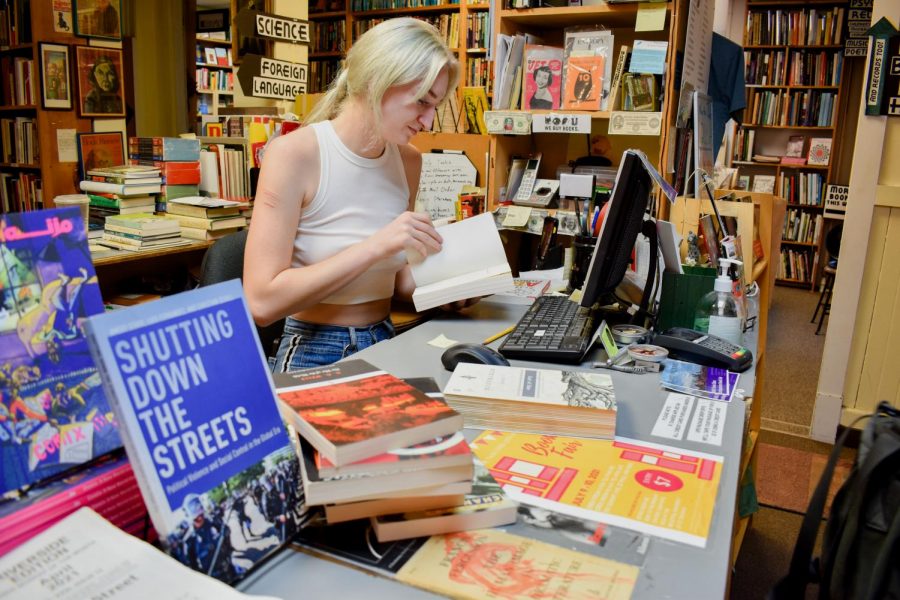 Annika Aldernik works at The Book House in Dinkytown on Wednesday, June 16th.

“Minimum wage has increased every July since 2018. This is the fifth increase in an overall incremental march to $15,” said Brian Walsh, Minneapolis director of labor standards and contract compliance.

Walsh said he sees increasing the minimum wage as an economic investment. “It’s rooted in the realization that low wage workers are also consumers,” he said. According to Walsh, by raising wages, it gives all consumers more opportunities to spend money and support the local economy.

Minneapolis City Council voted to raise the minimum wage in 2017 to make it easier for people across the city to afford to live, and also to put money back into the economy.

Although wage raises directly and positively impact employees, it can leave small businesses struggling to pay workers and run a business.

“A lot of people just don’t see or recognize how difficult it can be running a small business, and a small restaurant at that,” said Sherman Ho, owner of Bánh Appetit. “When stuff like [wages] goes up by such a big margin in such a short amount of time, they can really squeeze small restaurants in that sense.”

Brian Van Dyke, general manager and co-owner of D.P. Dough, said he will need to raise prices across the board in order to make a profit.

“Every year, the minimum wage goes up $1, it costs us an extra $40,000,” he said. “With minimum wage being where it’s at right now, it has hampered my ability to develop [employee pay] raises.”

He does not know how much food prices will go up, but expects to increase the price of calzones by 50 cents and delivery by $1. Van Dyke said rising food costs also contributed to the expected price increase.

If an employer does not increase a worker’s wage to match the current Minneapolis minimum wage, Walsh said to contact the department of labor standards enforcement or go to their website.