Review: “CALL ME IF YOU GET LOST” by Tyler, the Creator

The sixth studio album from jack-of-all-trades artist, Tyler, the Creator, exceeds all expectations. 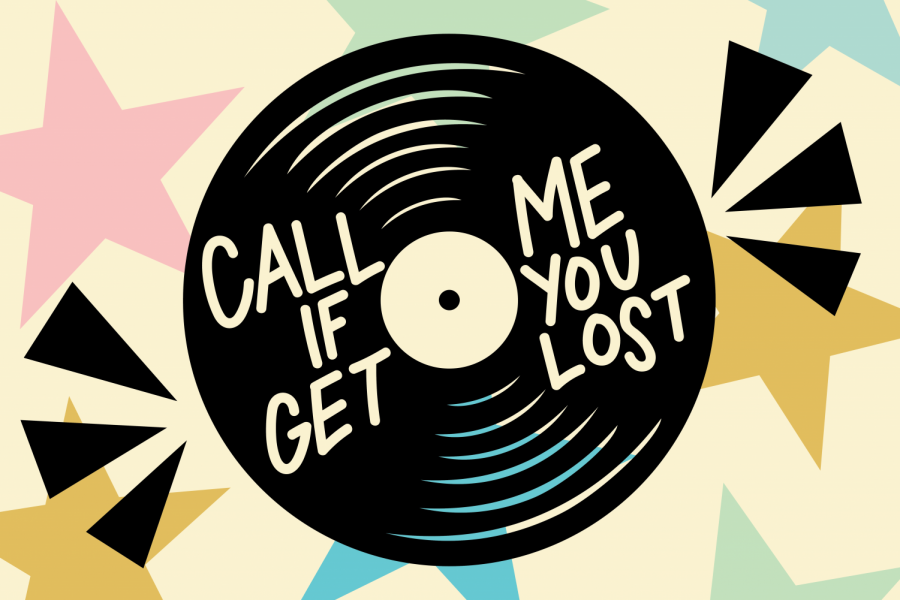 Keeping consistent with his album release schedule of every other year, rapper, singer, songwriter, record producer, actor and comedian Tyler, the Creator is back on the scene with his latest project.

The sixth studio album from the LA-based artist, “CALL ME IF YOU GET LOST” is a rollercoaster of energy and musical artistry — the kind that only the Grammy Award-winning creator can deliver.

From the first track, the album grabs hold of the listener’s attention and doesn’t let go. Skipless and breakless, “CALL ME IF YOU GET LOST” stands out from start to finish with its seamless transitions, trailblazing production and hard-hitting verses from Tyler as well as the laundry list of featured artists. 16 tracks in length, the songs are short and sweet and move seamlessly from one to the next.

The project manages to weave a collection of styles and influences to create what is perhaps Tyler’s most sonically eclectic project to date. He revisits some of his tonal roots of his Odd Future era, while simultaneously continuing to branch out into more experimental territory.

Tyler’s several previous releases are no tough acts to follow. His stylish and conceptual 2017 release “Flower Boy” made its mark as an instant classic, while his Grammy Award-winning 2019 album “IGOR ” showed off his super power-like skills as a producer and big-picture artist. Needless to say there was nothing but anticipation for what Tyler would do next, and he sure didn’t disappoint.

From the opening track, we’re introduced to the colors and brushes that will be used to paint the larger canvas that is “CALL ME IF YOU GET LOST.” The opener, “SIR BAUDELAIRE” shows off the unique sonic atmosphere with wavering clarinets and jazzy piano licks, while reintroducing us to Tyler’s braggadocious bars and low register flow. The world of the album is also introduced in the form of the shouted ad-libs from DJ Drama that appear as a motif throughout the tracklist.

Tyler’s veteran-level production is the clear highlight throughout the project, most notably on the tracks “WUSYANAME” and “RISE!” The former is a catchy head bobber that is held together by its gorgeous grooves, beautiful backup harmonies and silky synthesizers, where the latter features some of the most crisp and crunchy drum sounds to ever bless a Tyler track.

On top of this is the album’s unique instrumentation and atmosphere. The song “HOT WIND BLOWS” catches the ear with its hypnotic jazz soundscape, hovering flutes and haunting background vocal accompaniment. The buzzing bass lines, impeccable percussion and all of the other bells and whistles showcased on this album are all the proof needed to see that nobody is orchestrating quite like Tyler.

The project is just nearly as rich in its lyricism. The tracks “MANIFESTO” and “RISE!” show the LA emcee holding nothing back. Tackling topics of life after success, public persona and the self-proclamation of being one of the best there is, Tyler’s lyrics and flow on “CALL ME IF YOU GET LOST” are confident, calculated and raw. He also demonstrates prolific skill in storytelling and lyricism on the song “WILSHIRE,” where he details his story of getting involved in a complicated love triangle. The story unfolds from line to line, moving in a way that feels natural yet masterfully written.

While each song has something unique to offer, the clear standout on the tracklist is “SWEET / I THOUGHT YOU WANTED TO DANCE.” The track spans 10 minutes, and incorporates styles of groovy soul-pop and dreamy bossa-nova, which somehow combine to create a cohesive and dynamic composition. It is the 10 amongst an album of 9s, and with its continuous build and development throughout the runtime, this song alone is a look into how Tyler has grown as an artist since his debut mixtape in 2009.

Immensely fun and replayable, this album is hard not to get lost in. It’s only July, so we will have to wait and see, but the summer of 2021 might end up belonging to Tyler.