Students have noticed a surge in crime, but balancing a heavier police presence with student safety and comfort remains a dilemma. 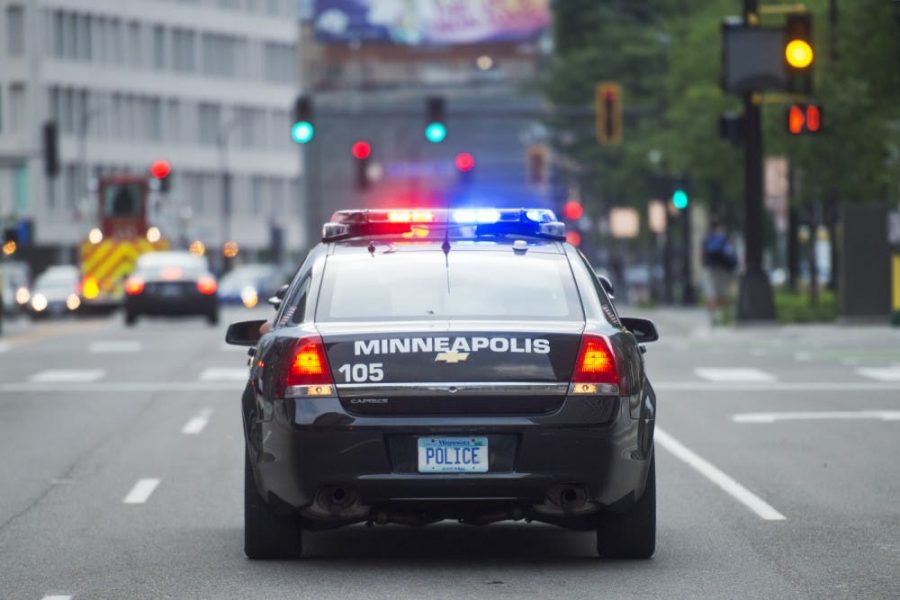 In the wake of a June 19 shooting near the University of Minnesota campus, University President Joan Gabel announced in an email to the University community a plan to increase the presence, visibility and number of police officers in Dinkytown and the surrounding area.

The announcement arrived amid a surge in crime not only in Minneapolis but in many metropolitan areas across the nation. In 2020, homicides were up almost 72% in Minneapolis and 33% across major American cities.

“As your President—and also as the mother of a college student—I want you to know that the safety of our students, faculty, staff, and visitors is the highest priority for me,” Gabel said in the announcement.

However, some students question whether this move will actually increase student safety. Student activist groups have been calling on the University to decrease the number of police on and around campus following the murder of George Floyd in May 2020, citing concerns over police brutality against Black people.

On June 27, the Students for a Democratic Society chapter at the University hosted a protest on the steps of Morrill Hall where they called on Gabel to reverse her decision.

Minnesota Student Association Vice President Samiat Ajibola told the Minnesota Daily that, rather than more police, she would like to see other resources bolstered.

“I think that the best bet, honestly, would be to increase lighting in Dinkytown, to increase the blue lights for emergency responses, to have faster SAFE-U alerts so people are aware of the areas and to create more surveillance cameras and footage,” Ajibola said.

In her announcement, Gabel listed all except the latter as some of University’s “longer term” goals to combat crime.

Abby Kohner, an incoming third-year student and orientation leader at the University, echoed a similar concern about policing.

“We actually had a couple officers talk to me and the other orientation leaders the other day and we were asking them questions specifically about what training they are doing [to combat bias against people of color],” Kohner said. “But it seemed very vague, so based off that I think the [University of Minnesota Police Department] definitely needs a lot more training.”

Ellie Roth, an incoming third-year student at the University, was at Blarney Pub in Dinkytown on the early morning of the June 19 shooting.

“I was out on the patio with some of my friends and we heard the gunshots, then everyone started running,” Roth said. “I do not think what happened really hit me until the next day when I was like, ‘Holy crap, that was scary.’”

After the shooting, Roth said she continues to grapple with how the University can balance the police presence and students’ safety.

“Seeing a Minneapolis police car is not a thing that brings people a sense of comfort,” Roth said. “But something needs to be done. I do not want to be afraid to go out at night.”

Like Roth, Sam Bogan, an incoming fourth-year student at the University, has conflicting feelings about the increase in police presence. On one hand, he too has noticed the increase in crime.

“It is good that the University is trying to do something because there has been an uptick in crime and it does not necessarily feel like campus is that safe,” Bogan said.

However, Bogan said he also doubts that police will make all students feel more secure on campus.

“The other day I was walking down the street at night and a cop car drove by,” Bogan said. “It was funny because in my head I was like, ‘That is supposed to make me feel safer, right?’ But for some reason it just does not.”

Conor Hogan, an incoming fourth-year student at the University, said that he found Gabel’s decision unsurprising.

“I honestly think it was a long time coming,” Hogan said. “I remember a couple weeks ago, it was until like 4 a.m., there were people doing drag races and donuts in the streets [in Dinkytown] and people lighting off fireworks.”

While Hogan acknowledged why many are skeptical of the police, he said he hopes that they will continue to build trust with Dinkytown residents and University students in hopes of more effectively combating the crime increase.

“[The police] are obviously necessary with the uptick of crime,” Hogan said. “Assuming the police department continues to improve and interacts with the community in positive ways, rather than like some of the recent events that have happened over the last summer that really made people distrustful of the police.”