Hasz is utilizing the extra year of eligibility, which was granted by the NCAA due to the COVID-19 pandemic, to return for a sixth season. 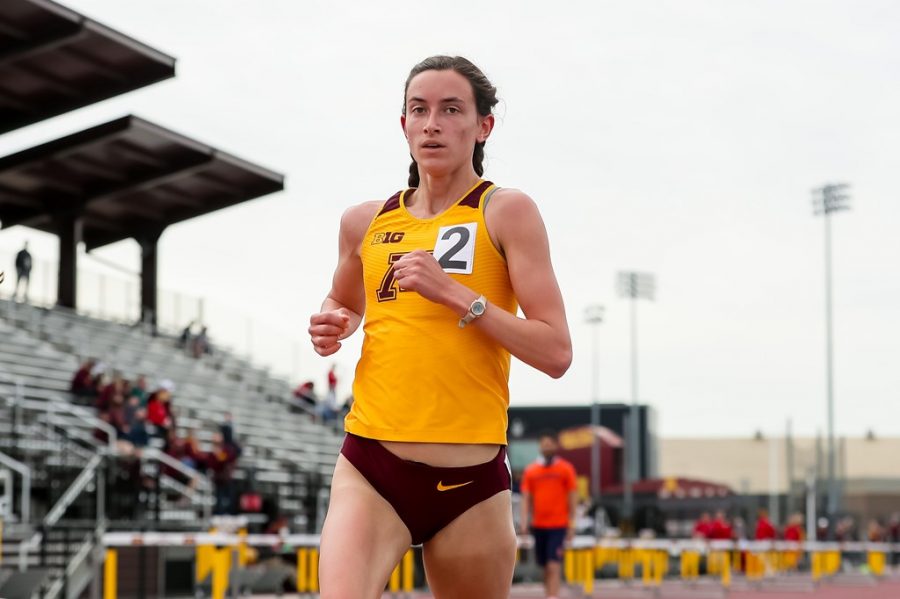 Bethany Hasz competes at the University of Minnesota Track and Field stadium on Friday, April 30.

University of Minnesota cross country and track and field star Bethany Hasz announced Friday that she is returning for her sixth season with the Gophers for the 2021-2022 season.

Hasz’s decision to return for her sixth season with the Gophers comes after the NCAA decided to grant athletes an extra year of eligibility due to the COVID-19 pandemic.

“After finishing fifth at the national cross country meet in 2020-2021 season, I think our team has the potential for even bigger things, which is why I decided to come back for another year as a Gopher,” Hasz said in an email announcement. “We’re going into next year with a ton of momentum and an awesome culture. I’m also looking forward to competing on our home track for the Big Ten Outdoor Track and Field Championship.”

Hailing from Alexandria, Minn., Hasz’s return to the Gophers is coming after she had a stellar redshirt senior season. She was named Big Ten Track Athlete of the Year and won three individual Big Ten Championships, winning the indoor 3,000-meter title, the outdoor 10,000-meter title and the cross country title.

In June 2021, Hasz competed in the women’s 5,000-meter at the NCAA Championships and finished in third place with a career-best time of 15:30.57. This personal best time has her sitting as the Gophers program record holder in this event.

The Gophers veteran also finished as the NCAA runner-up in the indoor 5,000-meter and collected two First Team All-America honors in her redshirt senior season.