Learn more about the local business candidate who is running for mayor. 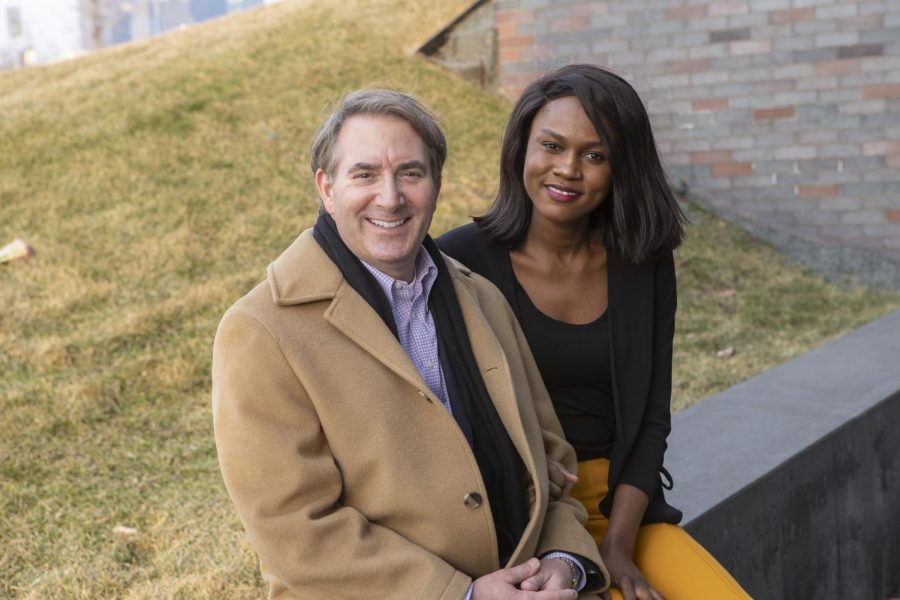 Mark Globus poses with his girlfriend, Sabrina Lukalu, for a portrait outside the Walker Art Center in Minneapolis. Photo courtesy of Mark Globus.

The Minnesota Daily sat down with Mark Globus, a Democratic-Farmer-Labor (DFL) candidate for Minneapolis mayor to talk about his policies and how his business approach will benefit the city.

Tell me about yourself.

“I’m a businessperson and entrepreneur by heart. I’m a commercial real estate developer and a lot of my time, frankly, goes into growing my businesses and trying to make sure the projects I’m involved with are successful … Most of my life I’ve spent growing up here in the Twin Cities.”

Have you worked as a politician before?
“I’m trying to stand apart from the politicians in the race and from Mayor Frey, who I think is a classic politician … At the University of Minnesota, I was really active on campus in the Minnesota Student Association, I was in a fraternity and I was active in a couple of policy things at the [University] … when I went to law school, I was my class representative to the Student Bar Association, so I was active in politics and the governance of William Mitchell College of Law.”

Why are you running for mayor of Minneapolis?

“It really started last May 25th when George Floyd was murdered by Derek Chauvin. That was an extremely upsetting event … I watched every minute of what unfolded and I feel that the mayor made some bad strategic decisions … I understand the frustration but to see so many small businesses burned down and so many things just get out of control past the point of protest … I found it upsetting.”

Why should citizens of Minneapolis give their vote to you?

“Look at our current mayor. He’s been dealt some really bad cards, but he’s played them even worse … We need a fresh face, we need a fresh approach … There are some really smart people who are challenging the mayor and I have nothing against people who are younger, but I don’t think they have what it takes to govern the city effectively. I don’t think that having even more liberal policies and getting rid of the Minneapolis Police Department is going to solve the problems in our city.”

How would you handle the recent crime increase in the city?

“I think there needs to be a top-to-bottom reorganization of the police department. I think they need to do things in a much different way … [The Minneapolis Police Department] feels very demoralized as a force, because they feel that the majority of the city is against them. I think they’re afraid to enforce the laws … I do not believe in defunding the police … I like to simply say that the community and the police need to break some bread. They need to come together, they need to realize there’s fault on the part of the police for how they’ve acted in the past, and they need to improve drastically.”

What changes do you think should be made by the police department?

“I want to take a really close look at what weapons [police officers] have on their utility belt … I think that when somebody new joins the Minneapolis Police Force, after 18 months they should probably live in the city of Minneapolis. Because if they’re living far out in a rural town and they’re coming in, it’s a different mentality … I think it’s really important for the police to be part of the community.”

On your website you said that “we must rebuild the trust between elected officials and the people they serve.” How will you build trust with your constituents?

“I’m just going to try to be more plain spoken, and try to answer the questions … It seems to me that city hall does so many things that make life more difficult for people living in the city. It’s the job of the government to make life easier for people living in the city … I just don’t think enough thought goes into, ‘How does this affect [people] on the street?’ ‘How is this going to affect their daily life?’”