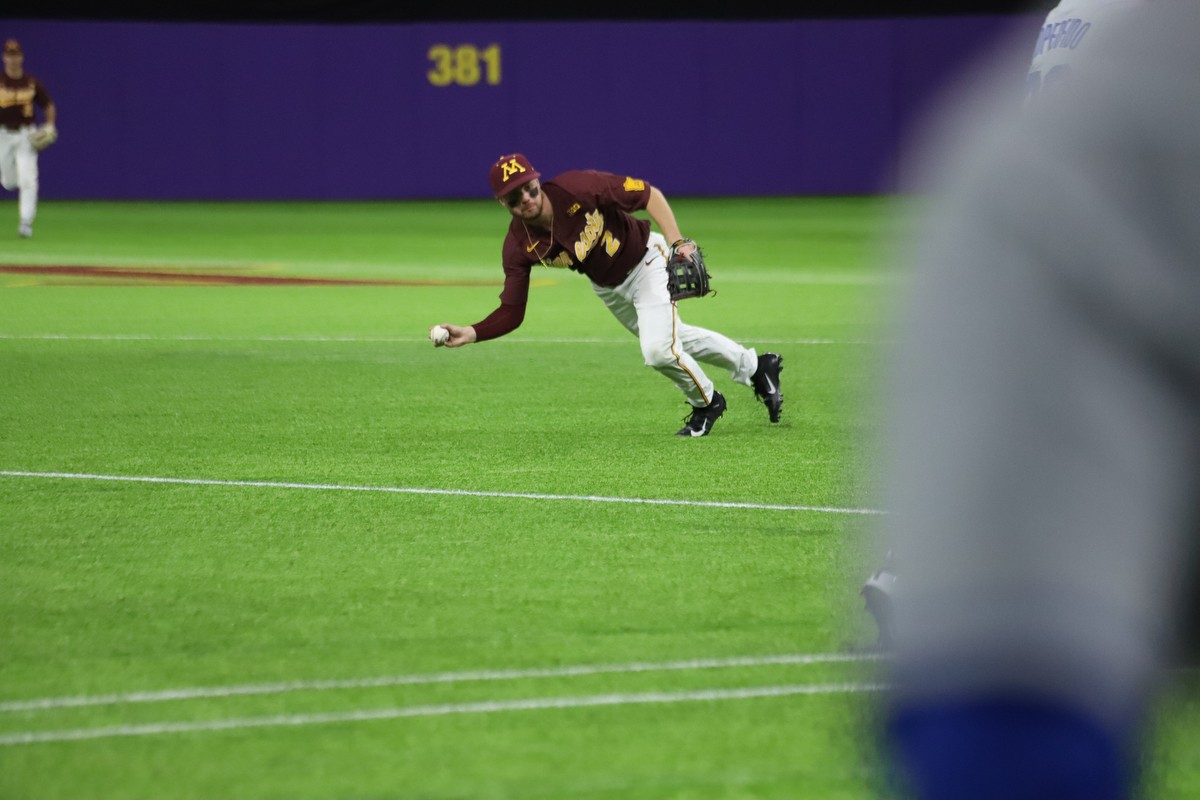 The 2021 edition of MLB’s annual draft continued on Monday, July 12, as two Gophers heard their names called. Alec Willis was selected by the St. Louis Cardinals in the seventh round and Zack Raabe was selected by the Milwaukee Brewers in the eighth.

Regis Jesuit High School’s Alec Willis was selected No. 211 overall in the seventh round by the St. Louis Cardinals. The 6-foot-5-inch right-handed pitcher became the highest drafted incoming freshman in program history.

Many viewed Willis as the No. 1 high school player in his home state, Colorado. He was dominant in his senior season, recording a 0.77 ERA and striking out 54 batters in 29 innings in 2021. Prior to this week’s draft, he ranked as the No. 130 prospect among draft-eligible college and high school prospects according to MLB.com.

Zack Raabe joined Willis as an MLB selection. In the eighth round of the 2021 MLB Draft, the Milwaukee Brewers used the No. 237 selection on the second baseman. He is the highest drafted Minnesota position player since Terrin Vavra was selected No. 96 overall in the third round by the Colorado Rockies in 2018.

Hailing from Forest Lake, Minnesota, Raabe epitomized Gophers’ baseball throughout his three year career. He was the second of his family to don the Maroon & Gold, as his father, Brian, earned All-America honors during his career as a Minnesota infielder in the 1990s.

Zack lived up to the family name, leading the nation in hits for the 2020 season and leading the Big Ten in batting average, en-route to earning Collegiate Baseball Newspaper second team All-America honors. He followed up his big sophomore season, hitting .315 with 6 HRs and 11 RBI in 35 games in 2021 on his way to earning second team All-Big Ten honors.

According to multiple reports, Willis and Raabe are both expected to sign a contract with the teams that drafted them. Willis’ signing bonus with the Cardinals is expected to be $1 million. When the official contract terms are reached, he will officially forgo his commitment to the University of Minnesota, without ever playing a game for the Gophers. The value of Raabe’s contract has not been released, but the slot value for No. 237 pick is $175,000.

2021 marks the seventh MLB Draft in a row where a Gophers player was selected within the first 10 rounds.