A local Minneapolis organization is raising support and awareness for the amendment in order to change the structure of city government. 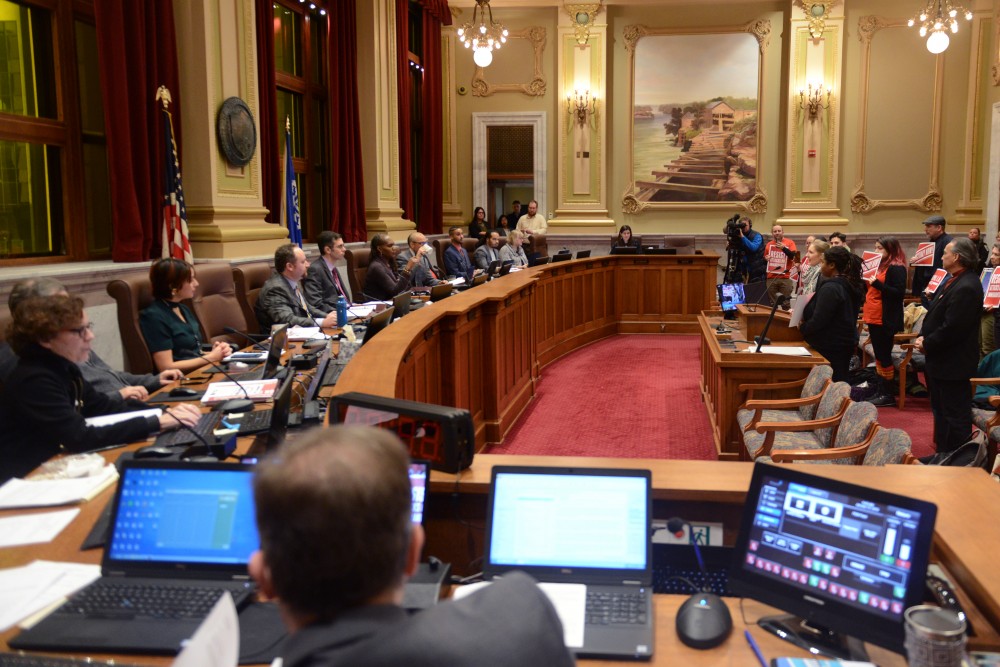 The Minneapolis Charter Commission proposed an amendment that would redefine the roles of the mayor and City Council members if voted in on November 2.

The amendment will be posted on the ballot as a city question. It will ask voters if they want to define the role of the mayor as chief executive officer and the role of City Council as the legislative body. This would shift both parties’ responsibilities, which advocates hope will bring more accountability to elected officials.

The possible amendment was proposed in April 2021 after a series of interviews with Minneapolis city department heads and former elected officials. The Charter Commission found that the current legislative structure “lacks strong accountability” and is “significantly influenced by personalities of individual elected officials.” The current charter does not explicitly define the mayor as the chief executive officer.

Charter for Change is an organization working to gain support and spread awareness for the amendment to neighborhood associations and local businesses.

Kathleen O’Brien, former Minneapolis coordinator, described the issue with the city charter as the “14 boss problem.” She said the lines of authority are unclear in a city run by 13 council members and the mayor, causing department heads and city staff to struggle with whose directions to follow.

Colleen Moriarty, president of the League of Women Voters’ Minneapolis chapter, said the league supports the amendment because it would streamline decision-making.

“It’s kind of a wishy-washy system that ends up putting both the professional staff and the citizens at a doubt of where to go to get a decision made,” Moriarty said. “It just wastes a lot of time … when there could be a clear line that they could follow that would result in better outcomes for citizens.”

The proposed amendment would change the structure of the city government and make it operate similarly to government structures at the state and federal levels.

Jay Kiedrowski, a public policy professor at the Hubert Humphrey School of Public Affairs, said he is a supporter of Charter for Change because it will improve accountability within the city government.

“Citizens are interested in having a city that works better, that’s more accountable to the voters,” Kiedrowski said. “The cities of Duluth, Rochester and St. Paul all use this form of organization. It really allows for good administration.”

Steve Fletcher, Ward 3 City Council member, said he is opposed to the proposed amendment because it will cause underrepresentation in communities of color by concentrating more power in the mayor.

“I think that the representative form of government that we have gives a lot of voice to different parts of the city that are sometimes underrepresented in citywide elections,” Fletcher said. “You’re really disempowering communities of color that often vote in lower numbers.”

O’Brien said the amendment would not diminish authority from city Council members and would actually give them more authority in their roles.

“They still would represent their board, and serve as the policy and law making body of the city,” O’Brien said. “The council is really defining what city services are and how much money they get to do it.”