Sally’s Saloon is all the talk on TikTok

Local businesses, like Sally’s Saloon and other bars around town, are using the platform to draw in business in an unconventional, real way. 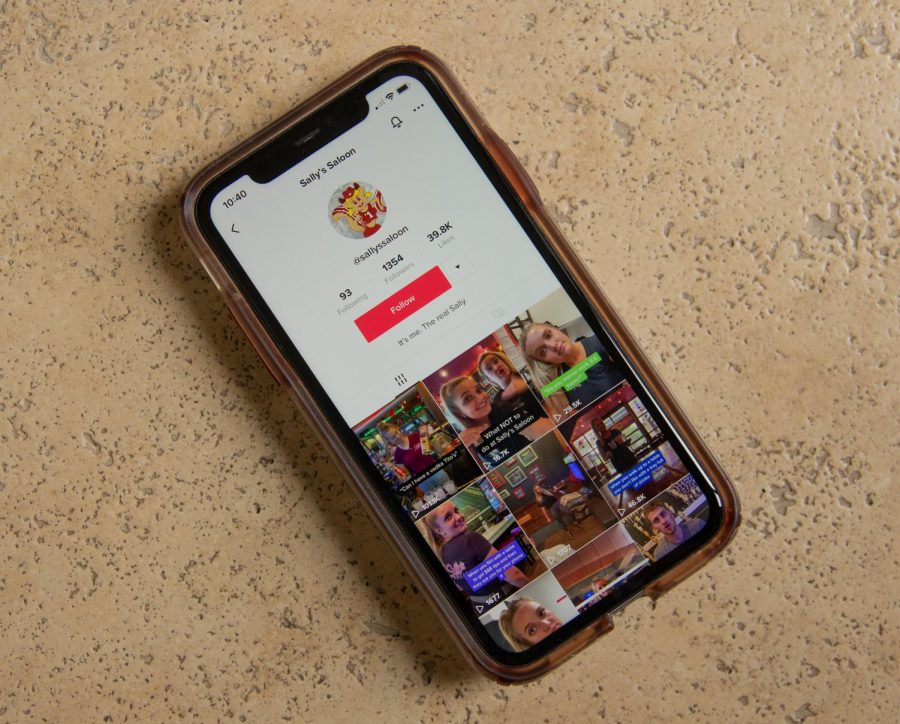 If you’re anywhere near the University of Minnesota campus and into neon-colored drinks, happy hour specials and the general chaotic atmosphere of a long-standing local college bar, chances are you’ve stepped foot in Sally’s Saloon. For the select few that haven’t been, Sally’s Saloon is making its presence known via subtle advertising and a growing following on TikTok.

Despite its beginning in January 2020, the official Sally’s Saloon TikTok account didn’t gain popularity until the following year with a video welcoming its patrons back in. While that one gained a cool 60,000 views, the account’s most-viewed video remains a take on the Adult Swim trend that circulated on the app in early June with over 120,000 views.

One of the women behind Sally’s latest marketing venture is Emily Leighton, a recent University of Minnesota graduate and current Sally’s employee. Leighton runs the TikTok account on the job and in her free time, sharing the responsibility of creating new content with her fellow coworkers.

According to Leighton, the team at Sally’s seeks inspiration for new videos through an employee-run group chat, viral trends on social media, popular music and from the things they think people might like. Their “on-the-fly” ideas seem to be doing the job, too. One of the videos recommending a Dragon Berry Bacardi Mule even caused a shortage of the drink due to so many people ordering it, according to Leighton.

“It’s hard sometimes because the area we are marketing is drinking, and we have to figure out how to make it appropriate but still fun with these trends,” Leighton said. “But it’s been fun. People always say ‘I saw your TikTok’ or ‘We love you’ at work.”

Why does Sally’s TikTok content work? “They’re authentic and they connect with their customers,” Parker Fox, University of Minnesota basketball player, said.

Fox has spent a lot of time at Sally’s over the years — so much so that the servers worked with him to create his own secret menu item, Parker Fox’s Loaded Tater Tots. He had the chance to star in a TikTok of his own featuring the dish, a video that has prompted many people to come in and order the item, according to Leighton.

Other local establishments have taken inspiration from Sally’s — including Cowboy Jack’s Downtown and Blarney Pub — to create TikToks of their own.

They’ve got the right idea. Transitioning to the platform has proven to be successful for businesses across the country, according to Katie Love, CEO of Love Social Media. Love said TikTok is helping businesses stand out from their competitors by expanding their social media presence.

“TikTok lets you show another side of your business. It’s not just the curated feed with the beautiful product photos,” Love said. “It allows people to get a real inside look and allows you to share some personality. TikTok isn’t just about teenagers dancing in front of their mirrors in crop tops anymore.”

Perhaps Sally’s has found success because their feed isn’t perfectly curated and does provide that aforementioned “real look” into what it means to be at Sally’s Saloon. From the inside looks at a day in the life of a server to guides at what not to do at the bar, viewers curious about the ins and outs of the establishment can find most niche tidbits on Sally’s page.

“They use the trends really well to relate to people on campus,” Mayzie Olsonn, Sally’s employee and University of Minnesota student, said. “It seems less like a restaurant and bar and more like a place to meet people your age and hang out.”