The organizers aim to involve Minnesota Dakota tribes and University of Minnesota students in developing a project centered around the Native American experience. 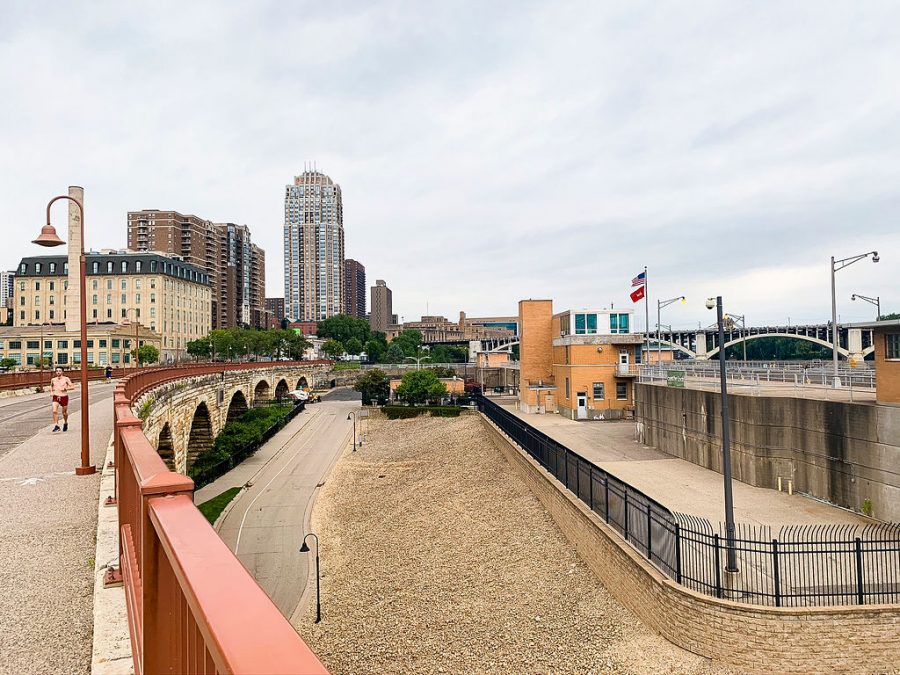 Courtesy of Friends of the Falls

The land surrounding the upper St. Anthony lock and dam, which is expected to be given to the city of Minneapolis by the end of the year.

The Upper St. Anthony Falls Lock and Dam stands on land that belonged to the four Dakota tribes of Minnesota, and now organizers are looking to use that land for a project that will center Native American voices.

The University of Minnesota will soon be involved in discussions on how the land will be used and how students will be able to engage with it, such as a potential outdoor classroom. Organizers also hope to offer to return the land to the four Dakota tribes.

Robert Lilligren, a tribal citizen of White Earth Ojibwe and president of the Native American Community Development Institute (NACDI), said he has learned more about Native American history in his city through his engagement in the lock and dam project.

“It has become really apparent to me how much damage colonization and industrialization did to sacred and pristine sites on the river, and how much opportunity there is right now to stop desecrating these sites and start respecting the first peoples’ stories along the river,” Lilligren said.

One of these sacred sites, Spirit Island, was located right next to the St. Anthony Falls. The land was quarried for limestone in 1899 and later fully removed to clear a channel for ships.

The new project will temporarily grant the federally-owned land surrounding the upper lock and dam to the city of Minneapolis this December. Friends of the Falls and NACDI are working with the city to develop this project, hold conversations with tribal leaders and potentially offer the land to the four Dakota tribes that are in Minnesota. As they are still in conversation with tribal leaders, the ownership and involvement has not been determined yet.

President of Friends of the Falls Mark Andrew said his goal is for visitors to gather and learn about the connection Native Americans have to the riverfront land and how colonizers forced them from it.

Lilligren said he is excited about the opportunity to center Native voices in this project on land that was stolen from their ancestors. He said many Native American people are used to empty promises when it comes to their participation in such projects. However, after six months of dialogue, Lilligren said he was convinced of the Friends and the city’s “authenticity and sincerity in doing this.”

Lilligren said conversations with members of the four Dakota tribes about the project and their involvement have been promising.

“The descendents of the people who were here first … have expressed interest and gratitude in being engaged so early in a process rather than just reacting to other peoples’ visions,” Lilligren said.

Organizers, tribal leaders and community members are still determining the land design, but suggested ideas include a natural park representing Indigenous culture and a contemporary visitor or interpretive center.

Andrew said there is strong potential to partner with the Department of American Indian Studies and College of Design at the University to create one or more outdoor classrooms for students.

John Koepke is professor of landscape architecture with Ojibwe heritage at the University serving as a liaison between the University community and Friends of the Falls. He said there could be opportunities for students to engage in language learning, traditional ceremony and broad education about important issues in Native communities.

“I think it’s a great opportunity for the University to strengthen its relationship with the Dakota community and for [all] students to be more aware of the history of Native peoples in our state,” Koepke said.

The project will likely not be completed for years, but the design and engagement processes are now underway after being stalled by the pandemic. Community organizations and individuals can share their ideas during ongoing public meetings hosted by Friends of the Falls, NACDI and the city.

Andrew said several of these meetings will likely take place on the University campus. Koepke said that students, especially those with Indigenous ties, will have the opportunity to directly engage with the project.

“I really foresee the board reaching out to the American Indian students on campus and the American Indian Studies Department, and involving them in thinking about the planning or the programming, what kinds of activities they might want to see there,” Koepke said.