‘New ways to Fringe’: The Minnesota Fringe Festival is back with a hybrid model, embracing both in-person and virtual performances

The festival on Aug. 5-15 will offer a variety of ways for artists and audience members to connect. 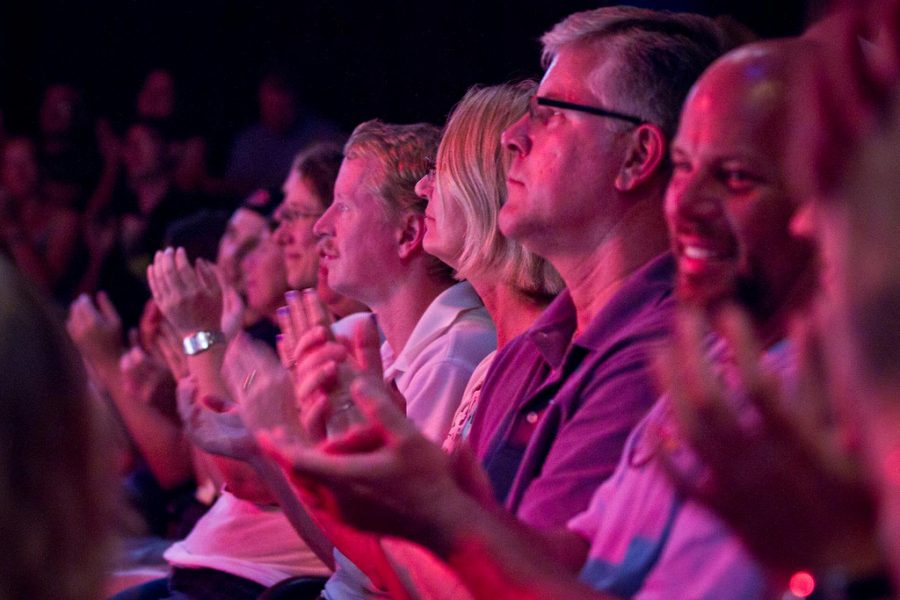 As with many elements of pre-pandemic life, the lights are turning back on for live theater performances around the Twin Cities — and not just the dim glows of our computer screens.

After being completely virtual in 2020, the Minnesota Fringe Festival will return Aug. 5-15 with a handful of live in-person performances. But virtual shows won’t completely disappear from the Fringe, as they increase the festival’s accessibility for performers and audiences alike.

Fringe-goers have many options when it comes to watching performances this year. The festival is offering pre-recorded virtual performances, archival video recordings, audio only performances, livestreams and live in-person performances, with over 100 shows to choose from.

To attend the festival, you have to purchase a Fringe Button online. The button functions as an access pass that allows Fringe-goers to purchase tickets for specific shows and view virtual programming on the Fringe’s website.

Dawn Bentley is the Fringe Festival’s executive director, and she also teaches Nonprofit Financial Management within the Arts and Cultural Leadership Master’s program at the University of Minnesota.

On one hand, Bentley said that the Fringe decided to utilize a hybrid structure this year to take COVID-19 precautions. At this point in the pandemic, she said, “It’s very important to meet people where they’re at … because not everyone is comfortable returning to the theaters and not all theaters are comfortable hosting people.”

Even as the world regains some sense of normalcy, the pandemic has not yet come to a halt. Theaters across the globe are still having to delay or cancel productions due to positive COVID-19 cases, including a handful of shows in London’s West End.

But the decision to integrate virtual options again this year was also due to the various benefits of an online format. Bentley mentioned that travel and transportation aren’t a barrier to entry when it comes to virtual programming, which makes the festival more accessible for audience members and artists.

“We think there is room for a hybrid Fringe in our future,” Bentley said. “I see no reason to let go of virtual programming, because I feel like it has actually opened us up to new audiences, new artists and new ways to Fringe.”

Scott Pakudaitis has been a regular attendee of the Fringe Festival since 2001. Because of conflicts with his work schedule, he can only make it to one in-person performance this year, but he’ll still be able to experience the Fringe through the online streaming options; he plans on attending a few livestream shows and watching a handful of recorded performances.

“I really appreciate that there’s this virtual option that lets me experience this wonderful art and not have to worry about fitting it into my work schedule,” he said.

For in-person performances, Bentley said the artists behind these shows each selected their own venues. There are plenty of unique indoor and outdoor locations on this year’s schedule, including Boom Island and Minnehaha Park, various Minneapolis theaters, a distillery and even a museum.

“The Scribbler,” one of the festival’s in-person shows, is coming to the Bakken Museum in Minneapolis on August 6-8. The show is a comedy that depicts a kingdom where no one knows how to read or write, including the town scribe, who has been keeping this inability a secret.

The show’s writer, Kyle Munshower, and director, Kevin Duong, are also looking forward to getting back on stage as actors in the show. “After a year that was so devoid of in-person connection in a lot of ways, I think it’s just gonna be really exciting to create a space for that connection to happen again,” Munshower said.

Munshower and Duong also noted the importance of the festival for both artists and fans, especially in terms of making theater accessible.

“I think what the Fringe Festival provides is just a way for audiences to either dip their feet in or to experience theater away from all the grandiosity of what the stereotype of theater is,” Duong said.

For artists, the Fringe Festival provides a platform to set them up for success. “For people like us who really love creating theater, [Fringe] is such a great way to get a foot in that door,” Munshower said. “It helps you build an audience, and it helps you do better the next time you do a show.”

These sentiments are consistent with those behind the scenes at the Fringe, as Bentley said that she wants to make sure that art is accessible to everyone. “Any artist can be a Fringe artist… and if you have a story you believe in and you want to tell, then there’s an audience out there for you,” she said.