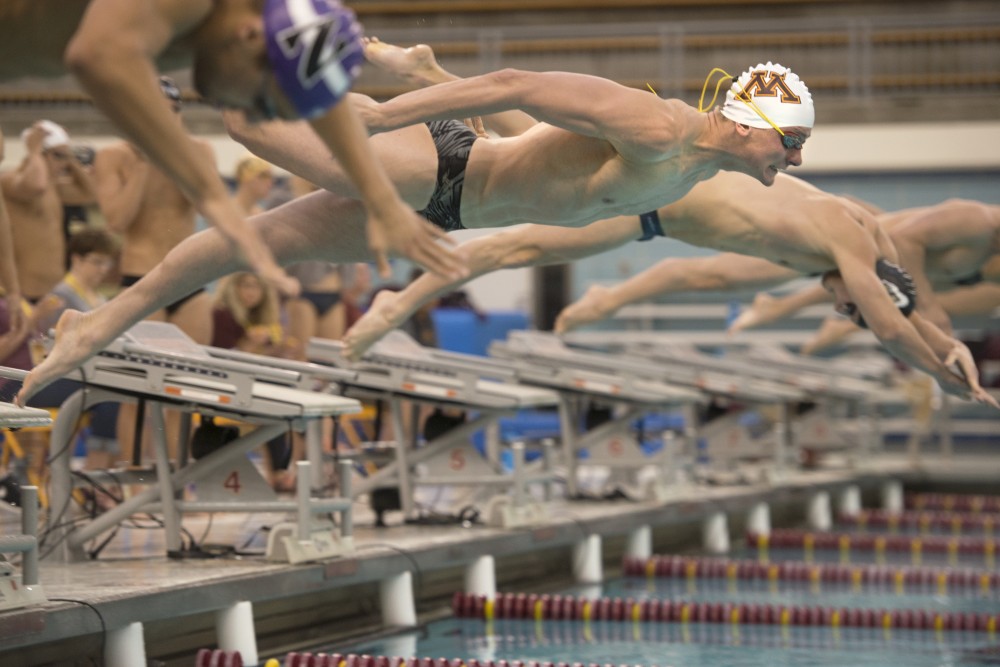 Bowe Becker dives off the blocks at the start of the men's 400 yard freestyle relay at the Jean K. Freeman Aquatics Center on Saturday, Jan. 27, 2018.

On Monday’s Today Show, Becker regarded his teammates by saying “I raced a lot of these guys in college, and they were my competitors for a really long time and now they’re my teammates, which is just really awesome.”

After Becker and his teammates placed second in a qualifying heat on Sunday morning, the team was able to hold powerhouse teams from Italy and Australia at bay in the final. Becker swam in the third leg of the race in a remarkable time of 47:44, putting the team in position to pull ahead, touching 1.14 second faster than the silver medalists, Italy.

As a Gopher, Becker also had great success in the pool. Becker was a three-time Big Ten champion, and still holds the conference record in the 50 meter freestyle. Becker was also the NCAA runner-up in the men’s 100 yard freestyle in 2019.

Recalling the moment he and his team won gold, Becker says “I’ve been telling everyone it was just an unforgettable moment with a lot of emotions, and just a really, really awesome experience.”

Becker joins a list of now seven Gopher swimmers to medal in the Olympic games and the fourth to win gold.