“Shang-Chi and the Legend of the Ten Rings,” similar to “Black Panther,” shows why representation is important—especially in the Marvel Cinematic Universe which is only beginning to tell stories of race, culture and identity. 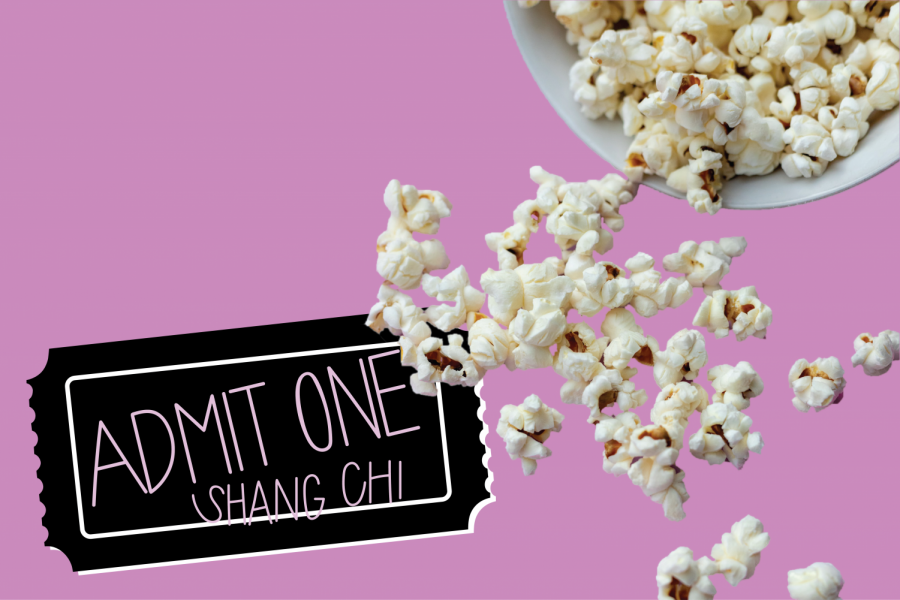 Yes, “Shang-Chi and the Legend of the Ten Rings” is a Marvel movie at its surface, but its uniqueness and depth lies in the fact that it feels like an international film, separating it from other Marvel films in the cinematic universe.

Shang-Chi isn’t the first Asian American Marvel hero – that title belongs to Wong in “Doctor Strange,” but he is the first Asian-American lead of a Marvel film. Actor Simu Liu, who plays Shang-Chi in the film, noted in an interview with IMDB that representation is important within the Marvel franchise, which is dominated by white superheroes. After all, the superhero genre has historically been a white power fantasy as Marvel has historically pursued films that center whiteness.

Mandarin Chinese is the first language spoken in the film and is in a fair amount of the dialogue throughout the film, making clear that director Destin Daniel Cretton desired to put an emphasis on the importance of languages other than English.

After “Black Panther” and “Falcon and the Winter Soldier,” “Shang Chi and the Legend of the Ten Rings” became the third Marvel film to have actors of color lead the film, while also creating a story that is thematically tailored to their culture.

This film focuses on a combination of cultural elements that remind the characters to never forget who they are and the people who came before.

“Black Panther” was the first film in the Marvel universe to be Black-led and center Blackness. In addition to featuring a Black cast, the film also had critically acclaimed director, Ryan Coogler, create a story that Black people of all diasporas could relate to. Marvel’s second Black-centered cinema was Disney +’s “Falcon and the Winter Soldier,” where the storytelling focuses on the consequences of being Black in America and the undeserved and unwarranted suffering of that identity.

The film begins with Xu Wenwu, also known as the Mandarin, and the army of the ten rings challenging another village’s army to surrender, so that Wenwu can conquer their lands. The Mandarin meets with the opposing army by himself, only to have hundreds of arrows shot at him, to which he uses the power of the ten rings to create a force field, shielding him from harm.

The Mandarin wields the ten rings, single-handedly forcing the army into submission by showing the overwhelming difference of power between him and them. The movie shows us what the Mandarin is capable of when he’s wielding the ten rings, while also showing the complexity of his character.

Despite his villainy throughout the film, his redeemable qualities include his love for his culture, identity and family. There’s a scene where the Mandarin and his two kids, Shang-Chi and Xialing, are having dinner where he says names are important because they help us remember who we are, where we come from and those who came before us. He went so far as to ask his son’s friend Katy, played by Awkwafina, her Chinese name because he feels she should take pride in her culture.

“Shang-Chi’s” origin story began when his mother was killed by the Iron Gang, a gang who had a past conflict with his father Xu Wenwu. After his mom’s death, Wenwu reverted back to his villainous ways by enacting revenge on the gang responsible, and he began to train Shang-Chi into an excellent and ruthless mixed martial artist. After Shang-Chi helped his dad kill the people responsible, he ran away to America to start a new life rejecting the role of his father’s protégé. At the beginning in the movie, he lives in San Francisco where he works as a valet driver, but his life is disrupted when his father sends his goons to fight him, throwing Shang-Chi back into his old lifestyle.

Another important aspect of this film was the casting: it featured international superstars Tony Chiu-Wai Leung, who is touted as one of Hong Kong best movie stars and Michelle Yeoh, who has been an action star in spectacles such as “Crouching Tiger, Hidden Dragon,” “The Mummy: Tomb of the Dragon Emperor” and “Crazy Rich Asians.”

This film has beautiful set pieces that create cool fighting scenes through intricate cinematography, immersing fans of “Crouching Tiger, Hidden Dragon,” “Avatar: The Last Airbender” and Jackie Chan’s fighting styles. The acting in this film was great – characters were able to portray suffering, pain, grief, anger and happiness in realistic performances that always seemed to fit the mood of the scene. This is attributed to the casting, which was near flawless.

In Marvel’s first Asian-led film, it delivers the goods in forms of storytelling, strong characters and being Marvel’s first film in Phase 4, the next set of Marvel movies and TV shows that are set to be released between 2021 and 2023.