The four-year renovation process added the Liberal Arts Engagement Hub and spaces for student groups to meet to the building. 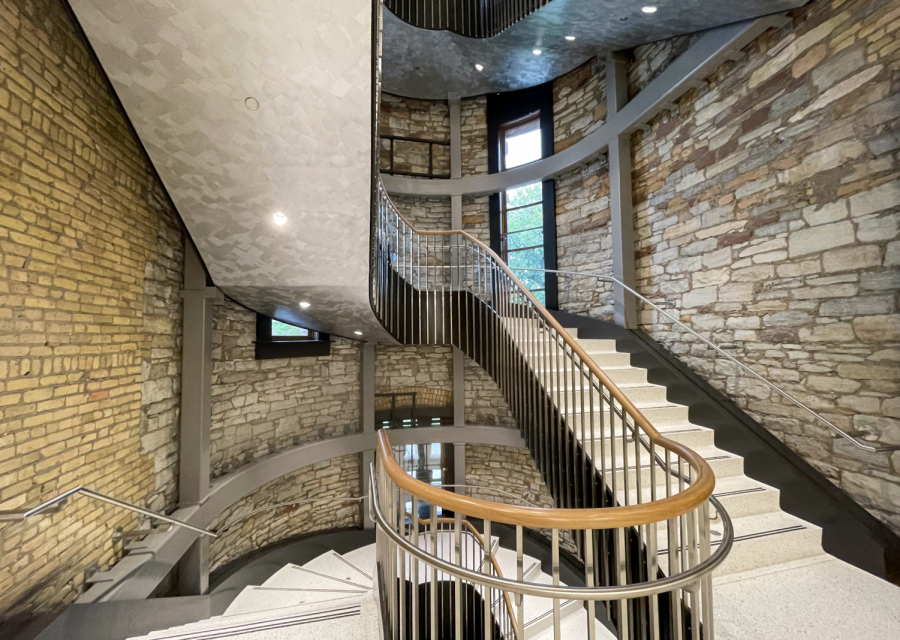 University of Minnesota's Pillsbury Hall reopens after years of renovations on Friday, Sep. 17.

by Gabrielle Lombard and Matthew Voigt

Pillsbury Hall on the University of Minnesota campus officially reopened Friday after four years of renovations to modernize and transform learning spaces for the 21st century.

As the second oldest building on campus, the $36 million renovation of Pillsbury Hall, which was funded in part by the state, was designed to update aging infrastructure and restructure spaces. The building is now home to the English department, along with the new Liberal Arts Engagement Hub, also known as the Hub. The space will connect the University with groups and individuals from outside the University, said Amelious Whyte, the interim director of the Hub and assistant dean of diversity, equity and inclusion & public engagement in the College of Liberal Arts (CLA).

“The overall goal was to deepen our culture of engagement with the community [and] enhance our ability to build bridges,” Whyte said. “Specifically, as it relates to what’s now the Hub, there was a recommendation to create an action lab that responded to charged public issues with thoughtful, medium-term community engagement projects.”

Prior to the renovations, Pillsbury Hall was home to the Earth Science department. This departmental move has been many years in the making and helps fill out the College of Liberal Arts’ goal of creating a humanities district on campus, said Anika Carlsted, assistant director for facilities and capital planning in CLA.

“Previous leadership within CLA many years ago had recognized the fact that there was a concentration of humanities departments and programs in the Knoll area, and there was a vision of a humanities district. Jones has the language center, Nolte has writing students, Nicholson has Cultural Studies and Comparative Literature, so Pillsbury was a good fit for English for programmatic adjacencies,” Carlsted said.

The renovation of the building also aligns with the MPACT 2025 Systemwide Strategic Plan that was approved last year.

“The Pillsbury Hall of 2021 signals the University of Minnesota’s investment in the liberal arts and our belief in the critical role that the arts and humanities play in understanding our world and shaping a better future for all,” said University President Joan Gabel in a Sept. 16 statement.

Along with the Hub, Pillsbury Hall now features classrooms and event spaces to facilitate student engagement. The Fellowship of Undergraduate Students in English (FUSE), said they hope to help educate English majors on career and education opportunities with the new space in Pillsbury.

“[Many people have said] the English major, in particular, is too broad [in scope],” said Ronaldi Guerra Romo, a FUSE officer. “So we’ve been talking to faculty about how we can basically create career paths, like if you want to be a professor you should take these classes … or if you need additional information on prerequisites for becoming a teacher, for example.”

The Tower, the Student Art Literary Magazine, will also use the renovated spaces for their meetings and publications.

“We have two other classrooms for our larger group class meetings, big discussions, lectures, and then if it gets too loud in there we can go in other places because it’s a lot of people talking,” said Elana Cederholm, a representative of The Tower at the reopening event.

Throughout the coming years and months, construction will continue on the Institute of Child Development. The University will also continue to progress on projects still in the conceptual phase, like the Undergraduate Chemistry Teaching space and renovations of Murphy Hall, Carlsted said.

Correction: A previous version of this story misstated one of Amelious Whyte’s titles. Whyte is the assistant dean of diversity, equity and inclusion & public engagement in the College of Liberal Arts at the University of Minnesota.