Frey plans to hire 150 new officers by the end of the year. 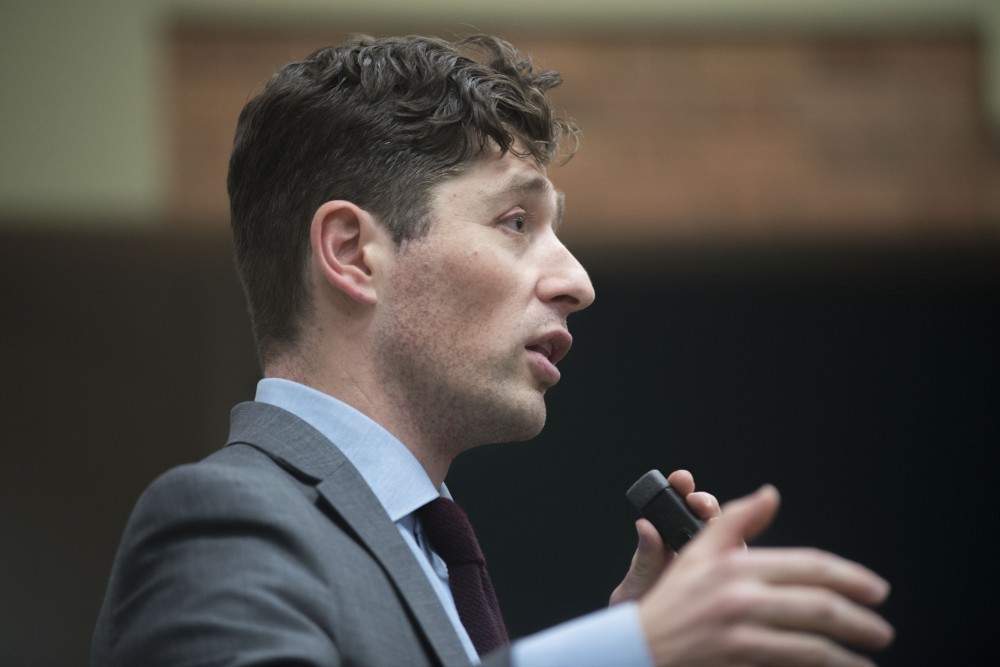 Mayor Jacob Frey proposed almost $192 million in spending on the Minneapolis Police Department (MPD) for 2022, which is nearly a 15% increase from 2021.

The mayor announced his recommended budget, totalling about $1.6 billion, for the coming year on Aug. 13. There will be two public hearings on the budget on Dec. 1 and Dec. 8.

Council members will begin making amendments to the mayor’s proposal this month, which has to be finalized by mid-December.

Frey is up for reelection Nov. 2. If a different mayor is elected, they will be able to make amendments to the proposed budget until it is finalized by city council.

Within the police department, the money would go toward hiring 150 new police officers and changing programs within the department.

Along with the budget proposal, Frey announced MPD is ending police stops for low-level offenses, such as expired tags, starting Aug. 13. For Christopher Robertson, a sociology PhD student at the University of Minnesota who studies policing, race and health, this measure was encouraging.

“There’s been ample research showing racial disparities in terms of stops, searches and citations,” Robertson said. “I do think that the benefits may be felt in terms of having less of these encounters that potentially could lead to a lethal incident or events where individuals are violated or brutalized.”

Activists and city officials began advocating for this change after the police killing of Daunte Wright in April. Wright was pulled over because his car had expired tags and an air freshener hanging from the rearview mirror. Brooklyn Center police officer Kim Potter shot and killed him and is currently charged with first- and second-degree manslaughter.

The recommended budget also included a $500,000 new Early Intervention System (EIS). This software-based system aims to promote “officer accountability and positive officer interaction” as well as general wellness, according to the city’s website. The program collects employee data to identify “employee performance problems.” It is unclear from the proposal description what type of data and how it will be evaluated within EIS.

Mayoral candidate Sheila Nezhad said the current policing system often “coaches” problem officers rather than disciplining them, and only disciplinary records are public.

“This is a lot of money for a system that is not likely to give us the desired results, and in addition to the bad data, we need the ability to have follow-through,” Nezhad said.

MPD will be partly responsible for developing and monitoring the program. Ward Two council member Cam Gordon said he is skeptical because “they don’t have a good track record of sharing information or being open and transparent.” He said he would prefer more involvement by the Minneapolis Commission on Civil Rights or civilians.

In the “Civil Rights” section of the proposal, the mayor allocated about $107,000 toward hiring a Body Worn Camera Analyst. This person would work with the Office of Police Conduct Review to review and categorize all “relevant video” for investigators according to the program description.

Robertson assisted in conducting research of people in North Minneapolis in November 2020 to understand their experiences and perceptions of MPD. He said he does not think hiring a new body camera analyst will alleviate the concerns of many people because they do not trust officers to keep their body cameras on.

“The credibility of cameras among the community has been cut because if the people in charge aren’t being forthright about using cameras, it nullifies innovations,” Robertson said.

Frey recommended $7.8 million for the Office of Violence Prevention, which is a division in the Health Department formed in 2018. The department’s goal is to end violent crime in Minneapolis without relying on law enforcement.

The initiatives laid out in the program description include a mentorship program for youth at risk for being involved in violence and a hospital-based program that connects victims of violent injury to resources and support.