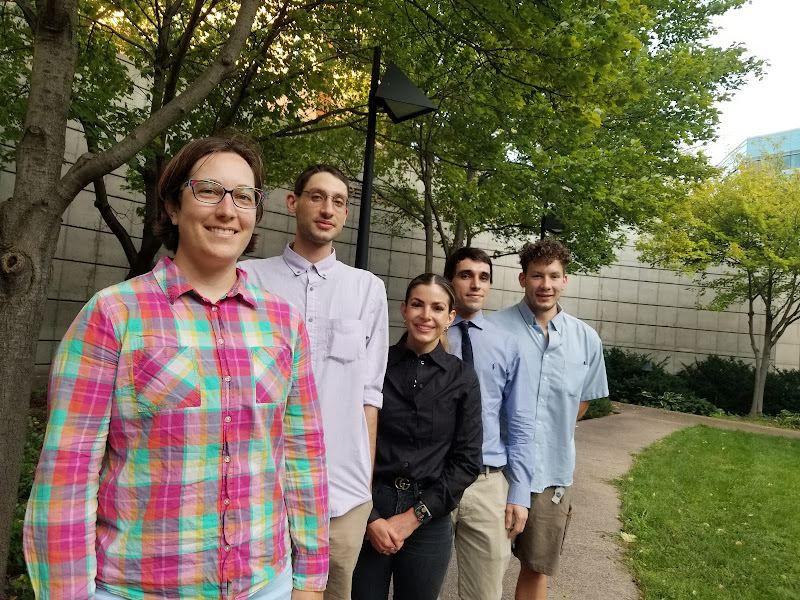 This fall, the University of Minnesota’s Council of Graduate Students (COGS) recruited new members to form the COGS Advocacy Group to address graduate student issues after a year and a half of social unrest and the pandemic exacerbating unattended issues of work and schooling.

At the recent COGS general assembly meeting on Sept. 9, members voted on priorities for this year’s advocacy group to set the agenda for action steps and push solutions at the University for graduate students.

After voting, out of the 18 priorities introduced in the meeting, only five will move forward to steer the direction of COGS advocacy group.

All of the priorities will eventually be dealt with, but for clarity, the speaker of the COGS general assembly announced that the best method to pare down the list is to take a “ranked choice” approach.

Some of the top five priorities include providing support and advocacy for graduate students who experience discrimination, pushing for mandated sick leave and securing long-term raise agreements.

Noah Wexler, who is a Ph.D. student in Public Policy and member of the COGS advocacy group, presented at the COGS meeting to shed light on the priority surrounding paid sick leave. Wexler said there is a disparity between what graduate students receive and the reality they face.

“Federal law and University policy preempts discrimination based on the above categories, yet these issues continue to be perpetuated at the U,” Wexler said. “One major roadblock is that departments do not have Title VII and Title IX point people that are not HR employees or faculty.”

Additionally, Brendan King and Emily Kurtz, members of the COGS advocacy group, said graduate students need more options for transportation and more parking spots closer to areas of study. Parking availability is one of the top five priorities this year.

Also, they pointed out that some graduate students had on-going labs that would take days or weeks and that parking available at those times was inadequate.

During the COGS general assembly, a graduate student said they got COVID-19, and is now experiencing “long-haulers” syndrome which includes symptoms such as coughing, shortness of breath and muscle aches. At the meeting, the graduate student described their challenge of parking and walking far to attend class or work.

COVID-19 long-haulers “can’t exert themselves or exercise and simple tasks (like walking to the mailbox) will often leave them feeling exhausted,” according to the Cleveland Clinic website.

“When I heard that happen, I realized that there is a bigger issue to this parking and transportation thing than just convenience,” Kurtz said.

Federico Facciolo, the COGS international student representative for the past two years and member of the advocacy group said “there were issues and a lot of reports about a lack of opportunities for international students in social programs and the general assembly is a great place to hear these issues that sometimes you don’t even know exists.”

COGS president Rielle Swanson sent a letter to University President Joan Gabel highlighting the top five priorities and listed a recent petition letter led by the Graduate Student Educators (GSE) group. The letter is part of a widespread effort to spark change in the way graduate students work and live.

Despite the vote, some COGS members at the meeting said they disagreed with the new advocacy group’s process to produce the list of priorities. A motion was raised to postpone voting on the priorities that day because of concerns for lack of originality and relevance of the document.

In response, Richard Gonigam, the speaker for the COGS general assembly said “the advocacy prioritization process is not defined or standardized.”

Other COGS members said this year’s advocacy group brought a new approach to the process and should be applauded. Eventually, the motion was defeated and the assembly moved on with the rest of the meeting to define the priorities.

While most COGS meetings run for around two hours, this one lasted nearly four, showing more emphasis on the need to address issues from the past and create action steps.

“These priorities were always discussed and the document was always newly created and revised year after year,” Swanson said. “The only difference was that instead of creating a whole new document, we kept what were the main points of the previous document and revised it as needed.”

In addition, Swanson said there was an influx of concerning letters from graduate student groups who found growing difficulty to accomplish their duties without the University adjusting to their needs as conditions worsened.

“We really do not know if these will be implemented until the next group gets the call from the general assembly,” Swanson said of the next steps to address the top five priorities.

“We get voted into this every year, so there isn’t just this one iteration of the group. There will be others that will be part of this,” Swanson said. “But I think that this group has been the most collaborative in this time to get these priorities in place to make a positive step for the graduate community.”