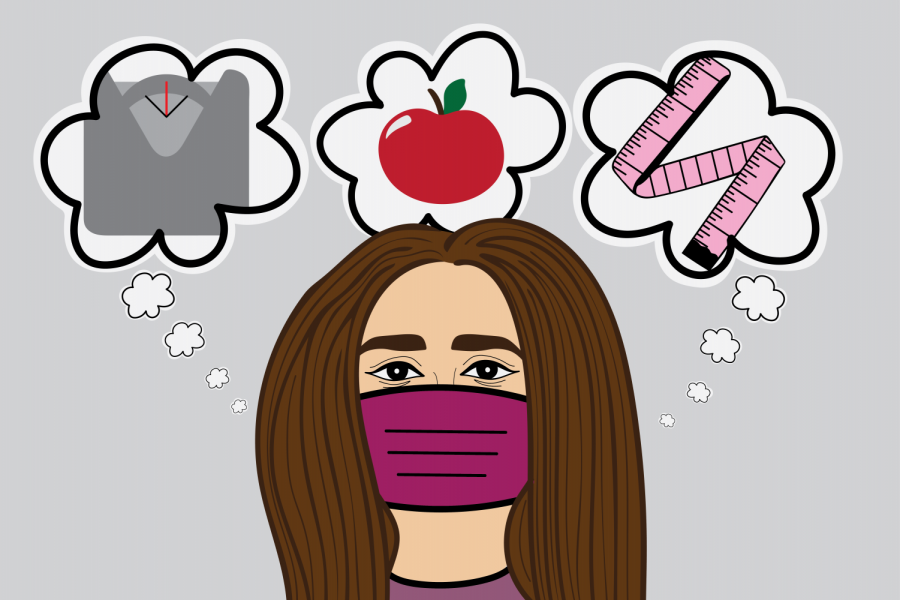 ‘Disorders of disconnect’: How the pandemic affects students with eating disorders

The pandemic has intensified challenges for students managing eating disorders.

Jossy Miller said she was managing her eating disorder well until the pandemic started.

She said the pandemic made it easier to get away with not eating, as she was not seeing her friends and family as frequently. By the time she moved to residential treatment and left her roommates — who she was initially close with — she was not speaking with them, largely because of her eating disorder.

A majority of the people she has talked to at Melrose Center, an eating disorder treatment clinic in the Twin Cities area, attribute the worsening of their eating disorders to the pandemic, she said.

There has been an increase in disordered eating among those with a history and those with active eating disorders during the pandemic, according to Psychiatry and Behavioral Sciences professor Dr. Emily Pisetsky. There are many intersections between food and social interactions; so if someone is avoiding food, they can end up isolating themselves, she said.

Eating disorders are described as “disorders of disconnect,” said Tamara Pryor, EDCare executive director of clinical and research, in an email to the Minnesota Daily. Virtual classes alongside the added stress of the pandemic have created a greater sense of disconnect for students with eating disorders, she said.

EDCare, a program with multiple eating disorder treatment centers, has observed that the overwhelming navigation of new experiences in college can cause people to turn to food, or away from it, to temporarily distract from uncomfortable emotions.

While eating disorders can develop at any age, they develop with a greater frequency between the ages of 18 and 21, Pryor said in the email.

Quarantine diets became a widespread trend during the pandemic. This caused some people with eating disorders to personalize comments about weight gain as a result of the COVID-19 pandemic and start to worry that it is a problem for them, according to Melrose Clinical Director Dr. Heather Gallivan. When University students are struggling with an eating disorder, Boynton typically refers them to Melrose.

Anna Enfield, a fourth-year student, said she felt especially targeted when TikTok’s algorithm tailored her suggested videos to consist primarily of titles like “how to lose that quarantine weight” and “how to stay healthy after the holidays.” She said she gets those types of suggested videos less now and attempts to block them out when they appear on her feed.

Enfield said her eating disorder got serious last spring. Attempting to balance eight hours of daily treatment with school work affected her grades; thinking about food takes up a lot of brain space, and it is easy to rationalize that a grade is not as important as looking a certain way, so she focused on not eating, she said.

Those with eating disorders often report spending 80%-90% of their day thinking about food or their body, Gallivan said.

For inpatient programs such as those at Melrose, patients who are in college are advised to put all of their focus into their treatment. When Miller started inpatient treatment, she dropped her classes. She plans to start taking classes again this summer.

Melrose counselors suggested Enfield eat meals over Zoom with family and friends to help her engage in social eating.

“It doesn’t help — it didn’t help me at least. I know a lot of people it did help,” she said. “But for me, it just turned into me watching myself eat and being very critical of that.”

With almost all mental health services and universities doing some — if not all — counseling or therapy sessions virtually, students can spend a lot of time staring at themselves in a little box on their screens. It is never a flattering light, Enfield said. However, because Zoom only shows faces, many people with eating disorders spend less time worrying about the public seeing their bodies every day, Pisetsky said.

As a provider, Gallivan said one drawback of virtual sessions is that she loses out on observations and nonverbal cues.

Lucy Murphy, a fourth-year student at the University, said she realized she was using the pandemic as an excuse to avoid getting groceries. She was referred to Melrose this past May after a doctor’s visit to Boynton. The entirety of her eating disorder treatment has been taking place during the pandemic.

Murphy mentioned her eating disorder as a concern to a counselor at Boynton two years ago, but it was not seen as a prevalent enough concern at the time to refer her to outside help. Her eating disorder intensified during the pandemic, she said.

For out-of-state students like Murphy, roommates or partners can provide a social environment and support system. Those who are not close with their roommates, or do not have any, might not participate in social eating or other social activities. This can allow eating disorders to fly under the radar, Pisetsky said.

As a nursing student, Murphy has a busy schedule, which made managing an eating schedule more difficult.

“This past semester came in like a freight train. Going through an eating disorder during that time was really, really difficult because my schoolwork definitely suffered,” she said. “I wasn’t eating enough, and there wasn’t a ton of support in the program for it, except like, ‘You just need to get over it and get back into the game.’”

For some, staying at home during the pandemic has helped them manage their eating disorders.

When fourth-year student Dara McCluskey went home after her first year at the University, her parents discovered how much weight she had lost. After that, she started receiving treatment until last summer when she had to leave Melrose. McCluskey has not received any treatment during the pandemic but said she has plans to make an appointment soon.

Before the pandemic, spending all day on campus allowed McCluskey to rationalize not eating during the day for lack of access to food. She said staying home has helped her manage her eating disorder by eliminating excuses to avoid eating. It has also improved her mental health and allowed her to concentrate better on schoolwork, she said.

For patients at Melrose, families and visitors are currently not allowed into the clinic. Melrose operates as a congregate living space where people are encouraged to get out of their rooms and participate in social activities such as yoga, skills sessions and counseling appointments.

Creative outlets can be a way to help improve mental health during the pandemic, Pisetsky said.

Third-year student Kai Kelley said cooking has become very important to his mental health during the pandemic. Being able to cook for himself and knowing what he is putting in his body has helped him maintain healthy eating habits.

Another creative outlet has been Kelley’s participation in his roommate’s photography. It allows him to utilize his own love of fashion and for positive images of himself to be featured in the photos, he said.

“It’s basically exposure therapy, which is good in itself but also very challenging,” he said.

During the pandemic, many people have taken on creative methods for coping with their eating disorders. There are Instagram and Facebook groups for people to interact with or do supported eating times over Zoom, Pisetsky said.

Not just a “white women disorder”

“[Eating disorders] really don’t discriminate; they can affect everybody,” Pisetsky said. “But it’s so ingrained in our culture that it’s an affluent, white woman disorder.”

Misconceptions about eating disorders can lead to fewer diagnoses, treatment options and pathways to getting help, Chelsea Kronengold, National Eating Disorders Association’s communications manager, said in an email to the Daily.

It is important to challenge systemic biases and share stories from all backgrounds in a field where marginalized communities continue to be underrepresented, Kronengold said.

The demographics of those seeking treatment are slowly shifting, Gallivan said. Melrose has seen an increase in patients from a Somali background. Melrose dieticians go to a nearby Somali market to ensure there is access to food that is palatable to their patients.

EDCare has a Diversity, Equity and Inclusion Committee in place to ensure clinicians are continuously being educated to provide support for people from all identities that seek treatment, committee member Grace Filiss said in an email to the Daily.

While telehealth sessions are easier for some people, many lack adequate technology, Wi-Fi access or a private space to do virtual sessions.

“We have seen patients resort to signing into treatment from their cars, parks and other unique locations to gain privacy for their treatment process,” Filiss said in the email.

There can be many barriers for individuals seeking treatment. Not everyone who has an eating disorder ends up at a clinic for a number of reasons: the stigmas around eating disorders, not having resources, a distrust of the medical field’s treatment of ethnic minorities or not having time.

Black people, Indigenous people and people of color are half as likely as white people are to be diagnosed with an eating disorder or receive treatment, according to the National Association of Anorexia Nervosa and Associated Disorders. In addition, Asian American college students report higher levels of body dissatisfaction than their peers report.

“When we look at the intersections of identity, acknowledging the whole person, they are more likely to achieve recovery,” Filiss said in the email.

Melrose does outreach with various groups, such as its yearly presence at Twin Cities Pride, to raise awareness and educate groups on identifying and treating eating disorders.

The Emily Program, a national eating disorder treatment program with locations in Minnesota, works to inform healthcare providers and schools about how to identify and treat eating disorders. Outreach usually takes place in communities, but the program is unable to do a lot in outside communities right now due to COVID-19 safety concerns, Dr. Scott Crow, The Emily Program’s chief research officer and psychiatry professor at the University, said. 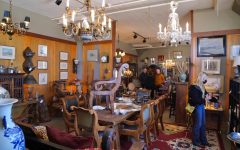 Prospect Park antique store re-opens after closing due to pandemic 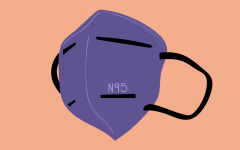 What to know about KN95 masks 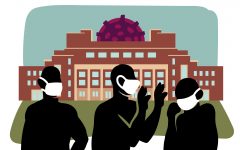 COVID-19 timeline: key decisions and updates from past two years 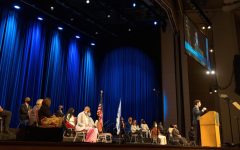 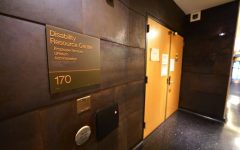 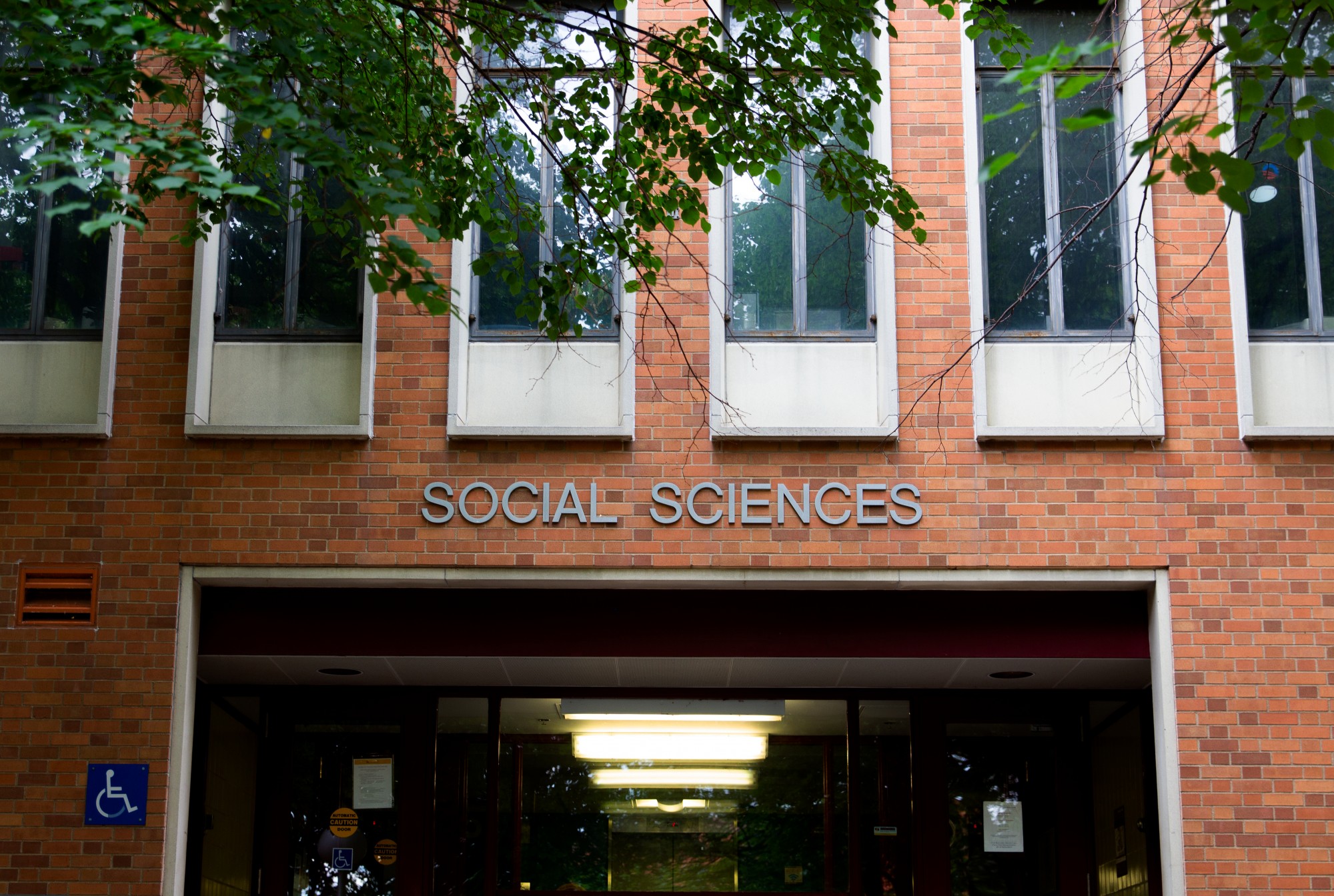 UMN investigation into potential carcinogens in buildings finds no hazards 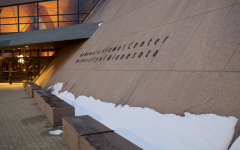 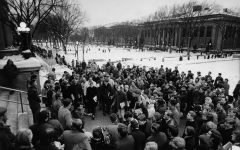 The history of Black affinity groups on the UMN campus 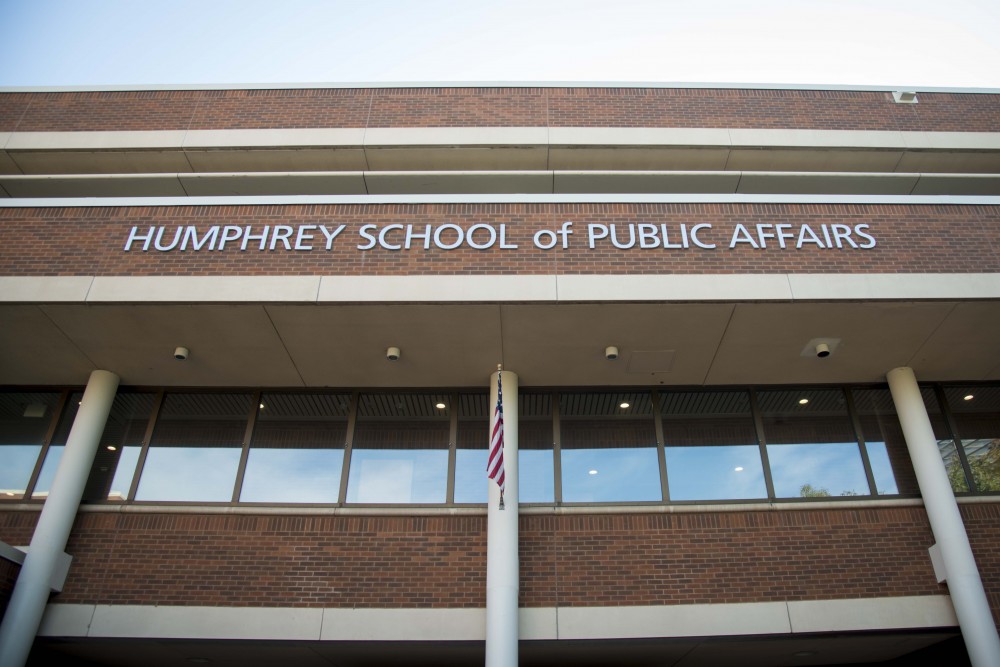